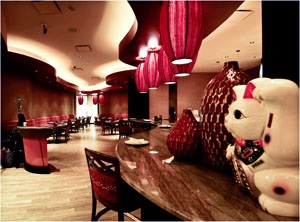 There is a destination in Milwaukee’s Menomonee River Valley for those who want to try their luck in a setting more upbeat than fire station bingo, but less glittery than Las Vegas: the Potawatomi Bingo and Casino. It is a small slice of the gaming lifestyle dropped right in the middle of the heartland.

Situated on Native American land, the casino draws more than 4 million guests per year. The mammoth facility has been known for its 25,699-square-foot second-floor bingo hall that seats 1,600 people.

The casino expanded in 1996, and its success led to another massive renovation project that started in 2007. The expansion project—which will take the facility from its original 256,000 square feet up to an astounding 786,000, valued at more than $240 million-will essentially triple the size of the casino and add a six-story parking structure across the street.

Describing the casino project, Roger Pozorski, project manager, Good Electric Inc., described the Milwaukee-based contractor’s participation in the security portion of the expansion as being “challenging and exciting.”

Good Electric came aboard in November 2007 when the Potawatomi owners first started gearing up for the major overhaul. The electrical contracting company seemed a logical fit for the systems work since Good Electric’s vice president Dave Drumel was the engineer of record for the original casino, and Good Electric has enjoyed a consistent relationship with the facility. However, the project was too big for Good Electric to handle alone.

“The total project was too big for us to handle the work in all divisions: electrical, card access, voice and data, surveillance,” Pozorski said. “Because of the size, we brought to the table the idea of a partnership between us and another contractor.”

Good Electric worked with fellow Milwaukee-based contractor, Staff Electric Co. Inc. Pozorski said the two companies divided up the work, with Good Electric focusing its effort on the surveillance, card access and security portions, which he said are always important to casinos. The team at Staff Electric handled an electrical contract of approximately $25 million. The contract value for Good Electric’s portion was in excess of $12 million.

“We put in around 22,000–23,000 man-hours into the project just for our work. That does not even include the man-hours Staff Electric put in for the electrical work,” -Pozorski said.

The systems work inside the casino was extensive and Good Electric was instrumental in getting some of the most critical systems up and running.

In any casino, the security and surveillance systems are of the utmost importance. Potawatomi is no different. According to Pozorski, his team installed 1,500 surveillance cameras and 210 door access readers.

“Everywhere you look in there, there is a camera looking at you,” Pozorski said.

Good Electric worked with two other integrators on security. For the card access and proximity readers, Environmental Systems Inc., Waukesha, Wis., provided the head-end equipment along with the tail-end programming, while the Good Electric team did the wiring and installation. More than 300,000 feet of both 6- and 2-conductor cable was run for the door-access system.

The camera portion also was a tandem endeavor where the Good Electric team pulled and terminated all of the required fiber optic cable, and the integrator, American Video Systems, Santa Rosa, Calif., provided the intermediate distribution frame racks, digital video recorders and the programming. Good Electric pulled more than 410,000 feet of Cat 6e cable for the cameras. Pozorski said that 6e was chosen due to the casino’s anticipated use of voice over Internet protocol (VoIP) in the future. The old casino used traditional coax.

The fiber optic cable used, according to Pozorski, “was over 7,000 feet that ranged in size from 6-strand up to 72-strand. It was across-the-board in terms of the different sizes we used, though there was quite a bit of 72-strand.”

Good Electric used its aerial/boom truck for the mounting of the exterior cameras at both the main casino and parking structure.

During peak times throughout the project, Good Electric ran crews of 20 to 25 workers in order to meet the fast-track deadline. More than 27,600 terminations for security cameras and the card access system had to be performed by the Good Electric team.

When discussing the exact systems chosen for the casino project, John Wallner, surveillance technical supervisor for Potawatomi Casino, said those decisions are made early on, and there is not much room for fluctuation.

“Because of the casino already being in existence, we were married to the systems, so on the systems end of things, those decisions were decided for us by the casino. And that was the direction we had to go,” Wallner said.

This enabled Good Electric to work within the limitations of the existing systems. Some projects are the other way around, where contractors get to pitch and suggest systems.

Not your average garage

Though not directly part of the casino expansion, Good Electric also worked on the six-story parking garage.

Underlying concerns about visitor safety and security may be higher at a casino than at other locations. Pozorski said the casino is always watching out for people being robbed in the garage. The intricate and pervasive surveillance system throughout both locations helps ensure better safety.

“[It] was a separate contract for Good Electric Inc. with Gilbane Building Co., and that contract was worth $4 million over and above the $12 million surveillance contract at the casino itself. Also, Staff Electric was in the roughing stages of the casino expansion when we came across the street in November to start roughing in cameras and card access. We did all the work in there. It is a 1,700-car garage that has 300 surveillance cameras,” Pozorski said. “While we were finishing up our work over in the parking structure, Staff Electric was getting their electrical work finished over in the main casino. That way we were able to just walk across the street to get our stuff started. We have a great relationship with them.”

The Potawatomi project is an example of how well joint ventures can go.

Since Potawatomi could be described as a fast-track project due to the relatively short timeline, Good Electric was fortunate because there were few problems that slowed the workers down. One issue could not have been avoided.

“Wisconsin had a nasty winter and it was rough on the contractors working on the building itself. There was a lot of snow, water and cold temperatures,” Pozorski said.

Another hurdle the Good Electric team needed to overcome was that, during much of its work, the back-of-the-house casino operations were running, which meant people needed to be moved around in order to get the work done.

“We would have to move people before starting any demolition work, so there were scheduling issues we had to deal with. Our guys had to put in a lot of overtime and even work third shift to get it done. What we did was move people in phases, which was a big undertaking, especially for a project this size that was to be done in just under a year,” Pozorski said.

By the end of the project, the 79-year-old Wisconsin company proved itself. Though the bulk of its notable projects are within the healthcare and data center markets, Good Electric was able to finish the Potawatomi security project on a positive note.

It was able to use its prior experience at the casino with its strong ties to subcontractors, creating a scenario that helped the company complete this project successfully.

About 50 subcontractors were involved in the total project and Good Electric was named the safest contractor on-site twice. The company is committed to ensuring its work is not just done, but done right and safely.

“Good Electric was an absolute pleasure to work with. They even looked at our future extendability, as well,” Wallner said.

He said casinos are in a constant state of change, and Good Electric adapted and worked around these constraints.

"There were tons of issues and problems. There were some design flaws, and also a casino is never a static environment. Even now [after completion] we are already changing things. Good Electric was able to work well in all of that change," he said.

Wallner summed up the casino industry from the built environment perspective with a fact contractors working on casinos know quite well.

"The only constant in a casino is change," he said.