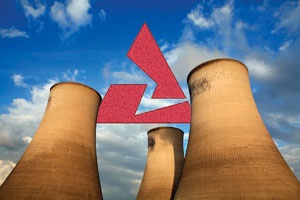 In April 2008, a partnership of power generators, providers and technology suppliers entered into a contract for the construction of two new nuclear reactors at an existing facility in eastern Georgia.

Georgia Power, acting for itself and for the co-owners of Plant Vogtle near Waynesboro (Oglethorpe Power, Municipal Electric Authority of Georgia [MEAG Power] and Dalton Utilities), entered into an Engineering, Procurement and Construction contract (EPC) with a consortium consisting of Westinghouse Electric Co. LLC and The Shaw Group Inc.’s Power Group for the engineering, procurement and construction of two AP1000 nuclear units with electric generating capacity of approximately 1,100 megawatts each and related facilities.

After announcing the contract, -Georgia Power’s next step was to submit the EPC to the Georgia Public Service Commission as a self-build option in connection with the company’s 2016–2017 capacity request for proposal.

The new units would be constructed at the Vogtle Electric Generating Plant site. The Georgia utilities co-own two existing nuclear units (Units 1 and 2) at the Vogtle site. If it receives all necessary approvals, Vogtle Units 3 and 4 are expected to be placed in service in 2016 and 2017, respectively.

Under the agreement, the consortium will supply and construct the entire facility with the exception of certain items provided by the co-owners.

The AP1000 has been identified as the technology of choice for no less than 12 other proposed nuclear plants in the United States. Westinghouse and The Shaw Group signed contracts in July 2007 to provide four AP1000 nuclear power plants in China, with initial construction activity for the first plant already underway.

According to Mike Garrett, Georgia Power president and CEO, “We are experiencing tremendous price volatility with natural gas and coal and believe we should further balance our portfolio with other fuel sources. It is a prudent business decision to preserve nuclear energy as an option to meet that need.”