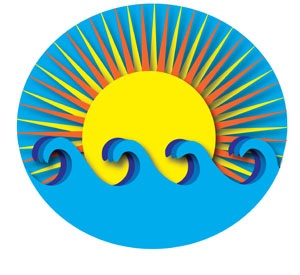 As the Summer came to a close, and concerns about power to stay cool were replaced by similar worries over the costs of keeping warm, the US Department of Energy announced it would provide more than $40 million in funding for projects exploring alternative energy.

Up to $7.3 million of that funding will go toward 14 research projects for advanced water-power technologies, including hydropower, wave, tidal and ocean thermal energy conversion (OTEC). Combined with the cost share from the awardees, up to $18 million may be invested in these projects. Additionally, up to $2.5 million will be invested over the next five years in developing two national marine energy centers: the Northwest National Marine Renewable Energy Center, which will be run by a partnership between Oregon State University and the University of Washington, and the National Renewable Marine Energy Center in Hawaii. Both facilities will support the development of wave and tidal energy in the United States.

Of the total funding, up to $600,000 will be invested over two years in six technology development projects. These include fabricating large, high-power, more cost-effective tidal hydropower rotors and conducting in-water testing of tidal flow technology. Two additional projects will focus on wave-power technologies, including research, design and applications for a tidal energy demonstration plant in Northern California and development of an ocean wave converter power system in Maui, Hawaii. The final project will validate manufacturing techniques for the cold-water pipes needed for OTEC systems. OTEC projects use the difference in temperature between the warm, top layer of water and the cold, deeper levels of water to either power a turbine or directly create electricity.

Finally, up to $500,000 will be invested over two years in six market-acceleration projects. These will include assessment of wave and tidal energy resources in the United States and creation of a geographic database, as well as siting practices and standards development for marine and hydrokinetic technologies.

The DOE will invest nearly five times as much in concentrating solar power (CSP) projects, which concentrate the sun’s heat for conversion into electricity. Up to $35 million over the next four years will be made available to 15 projects which, combined with cost-sharing from the project participants, will result in up to $67.6 million.

The 11 projects that were awarded funding for thermal energy storage research and development will investigate a variety of methods to store extremely high-temperature thermal energy for CSP applications. Many of these projects are testing the feasibility of yet-untested techniques, such as the use of thermochemical cycles to store solar heat and the use of solid materials for heat storage, such as ceramics and high-performance concrete. For more on viable alternatives, see story on pages 122–124.