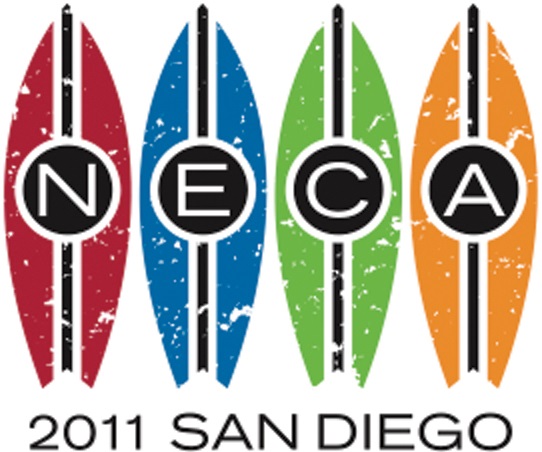 Whether California’s nickname refers to its plentiful sunshine or the pursuit of riches, the Golden State provided an appropriate venue for the National Electrical Contractors Association’s (NECA) first Energy Forum.

On Saturday, Oct. 22, the Energy Forum kicked off the 2011 NECA Show in San Diego, and with more than 250 electrical contractors and their employees in attendance, it proved to be a successful foray into the future of a broadening electrical industry.

It began with a general session featuring Marc Spitzer, commissioner of the Federal Energy Regulatory Commission (FERC), and Allen Breeze, senior vice president of Schneider Electric-Power Business USA. Spitzer and Breeze addressed the attendees with their visions of the future and the role electrical contractors can play. Spitzer emphasized the importance of having steel in the ground, stating the electrical contractor will play a vital role in the development of infrastructure. To become more efficient as a society, Spitzer said we will need to bolster the grid, which means work for contractors.

NECA District 9 Vice President Stan Lazarian moderated the general session and said the Energy Forum was about energy solutions, which, he believes, has the potential to turn companies around during tough economic times.

“Alternative power and energy-efficiency upgrades are the next boom market for contractors,” Lazarian said. “But it’s hard for electrical contractors to know when it’s the right time for them to add new services to their traditional business model. Hence, the Energy Forum was born.”

The EV charging session was well-attended. Judging from its presence at the NECA Show, it seems the EV charging industry has quickly generated a lot of interest and may become a boon for electrical contractors. Many manufacturers in the electrical industry seem to hope so as they are developing charging stations and partnering with electrical contractors to establish a stake in the market. Adding to the hype is President Obama’s goal of getting 1 million EVs on the road by 2015. As a result, the charging stations, as well as the upgrades to the grid needed to handle the load, will require contractors’ attention.

The Energy Forum focused on blooming industries in which contractors may not know how to get started. Consequently, it aimed to provide the basic knowledge to springboard attendees into those markets. NECA considered the Energy Forum such a success that it will host it again at the NECA Show in 2012, which will be held in Las Vegas.