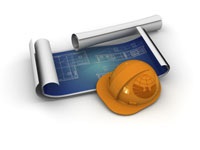 “The fact that new-home sales are finally moving in the right direction—albeit slowly—is definitely good news following an exceptionally quiet summer at builders’ sales offices and model homes,” said Bob Jones, chairman of the National Association of Home Builders (NAHB). “Builders are cautiously responding to the small improvement they are seeing in interest among potential home buyers.”

“Beyond the higher sales figure, another positive piece of data provided by today’s report was the number of newly built, unsold homes on the market, which has been steadily declining since spring of 2007 and fell again to a modest 205,000 units in September,” said David Crowe, NAHB chief economist. “This suggests that builders continue to prudently winnow down their inventories. That said, the concern is that builders’ ongoing difficulty in accessing production credit will keep the razor-thin supply of new homes from being replenished as consumer demand revives, thereby hindering the positive momentum.”

Sales of newly built homes rose in three out of four regions in September, with the Northeast posting a 3.4 percent gain, the South a 3.2 percent gain, and the Midwest a remarkable 60.6 percent gain, following a big decline in August. The West posted a 9.9 percent decline in new-home sales for September.

Due to the improved sales pace, the month’s supply of new homes for sale declined from 8.6 in August to 8.0 in September.

All of the increase in housing production in September was due to improvement on the single-family side, which posted a 4.4 percent gain to a seasonally adjusted annual rate of 452,000 units—the strongest level since May of this year. Multifamily starts, which tend to exhibit greater volatility on a month-to-month basis, recorded a 9.7 percent decline to a 158,000-unit rate following a big increase in August.

“Stability is slowly returning to the new-homes market following the declines we saw upon expiration of the homebuyer tax credits and the slowing of economic growth this summer,” Crowe said.