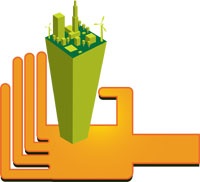 Rising energy prices, government incentives and enhanced public image are driving energy efficiency in buildings to new heights as a growing number of building owners races to reduce energy consumption, according to the results of the fifth annual global Energy Efficiency Indicator Survey.

The International Facility Management Association, Johnson Controls’ Institute for Building Efficiency, and the Urban Land Institute led the survey of nearly 4,000 building owners and operators around the world.
Rising costs are clearly on building owners’ minds. Eight in 10 respondents expect double-digit energy price increases over the next year. As a result, owners have set an average reduction target of 12 percent.
“We are seeing record levels of energy management and reduction projects around the world, driven mainly by financial reasons, more than environmental concerns,” said Dave Myers, corporate vice president and president of building efficiency for Johnson Controls. “Regardless of the motivations, buildings account for 42 percent of global energy usage, so the growing trend of making buildings more energy-efficient is smart business, helps create local-market jobs, and benefits the environment.”

Although the primary motivation for energy-efficiency projects continues to be energy cost savings, government incentives and enhanced public image were also important, ranking second and third in the survey. Greenhouse gas reduction, which ranked as the second highest motivator in 2010, ranked fourth in 2011.

But there are significant obstacles to meeting these ambitious goals. The survey cited access to funding and financial returns as the top barrier globally. Indeed, barriers to capital access topped the list for respondents in the United States, Canada and Europe.

Highlights of the survey results for North America show a double-digit increase in U.S. and Canada building owners who believe energy management is important to 66 percent as compared to the prior year when it was 52 percent. Building owners expect lighting and smart building technology to have greater adoption rates than renewable-energy technologies in the United States and Canada over the next 10 years. And, 77 percent of U.S. and Canadian building owners plan to include green building elements in their facility plans in the next 12 months.