Another Way to Go 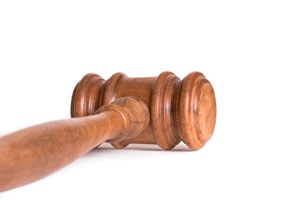 Construction contracts regularly include provisions for alternative dispute resolution (ADR). ADR attempts to provide the parties with options other than costly and time-consuming litigation. Mediation and arbitration are the two basic forms of ADR. As an electrical contractor, you must understand the risks and benefits of agreeing to ADR before you sign the contract and begin your project.

Mediation is a process in which the parties meet and attempt to discuss and resolve their differences amicably. It generally involves retention of a neutral, independent third party to act as intermediary. Generally, the mediation process is entirely voluntary. Even in the case of court-ordered mediation, the process is voluntary in that, unless the parties mutually agree to resolve the dispute, no resolution happens.

The structure is by its nature fluid and subject to varying approaches. Generally, both sides begin the session together, with an opportunity to present the facts as they see them. The parties then separate for rounds of individual caucuses with the mediator. These separate meetings can generate a back-and-forth of offers and demands. Through discussions with each other and through the neutral mediator, the opposing sides attempt to reach an amicable resolution to the dispute.

Mediation can occur at any point. It can occur before a lawsuit is even filed and sometimes with a trial rapidly approaching. The main thing is that the parties must feel they are in a position to discuss the case intelligently at the time, or the process may be crippled from the start. It is important to note that mediation is completely confidential. Confidentiality encourages a frank and candid dialogue.

Mediation resolves many cases early. If both parties in a dispute are committed to participating, everyone can avoid potentially unnecessary legal fees and expenses. With mediation, even if the case is unlikely to be settled, this process offers a way to obtain free information and discovery regarding your opponent’s positions and arguments.

Arbitration is more like a traditional trial than mediation. In arbitration, however, the arbitrator is the official finder of fact. The arbitrators hear the facts and evidence as presented by both parties’ attorneys and enter a decision that is legally binding.

One reason arbitrations are viewed as faster and cheaper than litigation is the shortened discovery process. In court, the parties generally have the right to conduct extensive depositions, submit written questions and request that certain facts be admitted. The facts may result in motions filed and argued, which might affect the claims and evidence. In arbitration, the filing of such motions is extremely limited or nonexistent. Since this process is extremely limited in arbitration, far less money is spent on discovery. Still, a potential risk is that you may not learn the other side’s “facts” prior to trial.

There are several other major differences between arbitration and litigation. Rules of evidence tend to limit what can be entered into the record as evidence in a court case, but such limits generally do not apply in arbitration. As a result, arbitrators tend to let everything into evidence and are given broad latitude to decide cases based on their view of the equities of a case. They often are empowered to ignore prevailing case law when rendering a decision.

However, arbitration decisions are typically the end of the road. A party unhappy with an arbitration award has virtually no right to challenge or appeal the result.

A final difference is that arbitrations can be kept somewhat confidential. While arbitration is not by law confidential, public disclosures are limited, as is also the case with mediation. Arbitration hearings tend to be more private than proceedings in a court case. Due to the limited appeal rights, you do not tend to see transcripts of testimony floating around after an arbitration. In addition, arbitration awards are typically only provided to the parties and are not the subject of written published opinions and appeals that may register in the public’s attention.

Arbitration was initially created to be a less formal, less expensive and quicker road to resolution. Over time, flaws have been revealed. Therefore, the differences between arbitration and traditional litigation need to be evaluated for upsides as well as downsides.

You should understand ADR options prior to contracting. Generally speaking, we believe mediation is always a good idea. Arbitration presents a more complex cost/benefit analysis that depends a great deal on the types of issues, projects and clients who are considering the decision.

This article is not intended to provide specific legal advice but instead is general commentary regarding legal matters. You should consult with an attorney regarding your legal issues, as the advice you may receive will depend upon your facts and the laws of your jurisdiction.