Every smoke detector serves a different purpose. The primary reason to install them is to provide a means of early warning in the event of a fire. Smoke detectors may be used for detection of fire, to protect equipment or to connect with building functions. Spot-type detectors protect open areas; a projected beam line-type smoke detector works in an atrium; duct smoke detectors control air-handling systems.

Area smoke detectors primarily operate on either the ionization or photoelectric principle. The principle for ionization smoke detectors was invented in the late 1930s, but the first commercial detectors were not readily available until the 1950s. They operate by using a small amount of radioactive material, americium 241, to ionize the air particles within the detector. Smoke particles will attach themselves to the ionized air particles and reduce current flow. Once the current flow falls below a preset level, the detector will alarm. Ionization smoke detectors are good for detecting fires or dark smoke. However, they also are very susceptible to ambient conditions, such as cooking fumes, excessive airflow, exhaust or other fumes.

Photoelectric detectors have been around since the 1970s. They are more effective in detecting smoldering fires and are used more extensively than ionization detectors. However, they are more susceptible to false alarms triggered by steam or airborne dust or dirt. It is important to understand the type of fire and smoke that may be present, so the right type of smoke detector will be selected for the application.

Smoke detectors in commercial applications are connected to fire alarm systems to provide audible and visible notification for early warning and to control certain building functions to make the facility safer. Smoke detectors may automatically close doors to prevent smoke from traveling from one compartment to another. Slowing the spread of smoke provides occupants more time to exit the building.

Today, the technology has advanced to allow smoke detectors to evaluate multiple conditions, such as the type of smoke as well as heat, before they alarm. Although there are many complaints about false alarms, most alarms are caused by detectors responding to phenomena within their range of operation. If the proper types of smoke detectors are specified and installed, tested, and maintained properly, they provide a reliable means of protection, and the possibility of nuisance alarms is reduced greatly.

Duct smoke detectors are used to monitor the air conditioning systems in buildings. They are installed in the ductwork of the air handler and may simply shut down the fans upon detecting smoke to prevent distribution of smoke from one area of the building to another. In more elaborate setups, they control the building smoke control systems by opening or closing dampers.

The conflict between the two codes that require smoke detection in air ducts is a problem. The National Fire Protection Association (NFPA) 90A, Standard for the Installation of HVAC Systems, is referenced where the NFPA 101, Life Safety Code is adopted. The International Mechanical Code (IMC) is referenced where the International Building Code (IBC) is adopted. A conflict results when a jurisdiction adopts both codes. NFPA 90A requires a smoke detector on the supply side of air handlers greater than 2,000 cubic feet per minute (cfm) and also one on the return side if the air handler unit is greater than 15,000 cfm and serves more than one floor. The IMC only requires smoke detectors on the return side (the side that draws air from rooms in the building) of units over 2,000 cfm.

Smoke detectors also may be used to protect equipment. In NFPA 72, the National Fire Alarm Code, there is a requirement to have a smoke detector in the vicinity of the fire alarm control unit if the room it is located in is not constantly attended. The purpose is to allow the fire alarm panel to transmit an alarm to the monitoring facility before it is incapacitated by a fire in that area.

HAMMERBERG is currently the president/executive director of the Automatic Fire Alarm Association Inc. headquartered in Jasper, Ga. He serves on a number of NFPA committees, including the NFPA 72 Technical Correlating Committee and the Protected Premises Technical Committee. He can be reached at [email protected]. 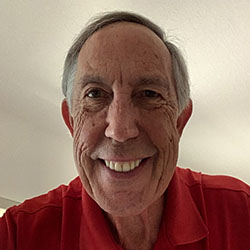