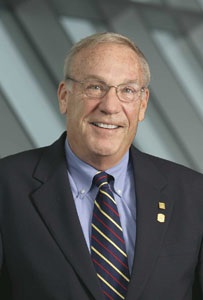 “It is only fitting that a book about safe electrical practices be dedicated to a man who has championed this cause for decades,” said James M. Shannon, NFPA president. “We thank Jack for his ongoing commitment and applaud his continuous efforts to improve electrical safety.”

Wells, a well-known advocate for electrical safety, is highly regarded in electrical communities in the United States and internationally. Among his many contributions to NFPA, he has served as a member of the NEC Committee for more than 30 years and was elected to serve as chairman of the association’s board of directors from 1994 to 1996. The NFPA said Wells has demonstrated a strong commitment to the codes and standards consensus process that is used to develop NFPA codes and standards, including the NEC.

The NEC, which was first published in 1897, has been developed by NFPA since 1911. NFPA 70, National Electrical Code, is the most widely used code for the built environment in the world, and it is used in every state in the United States.