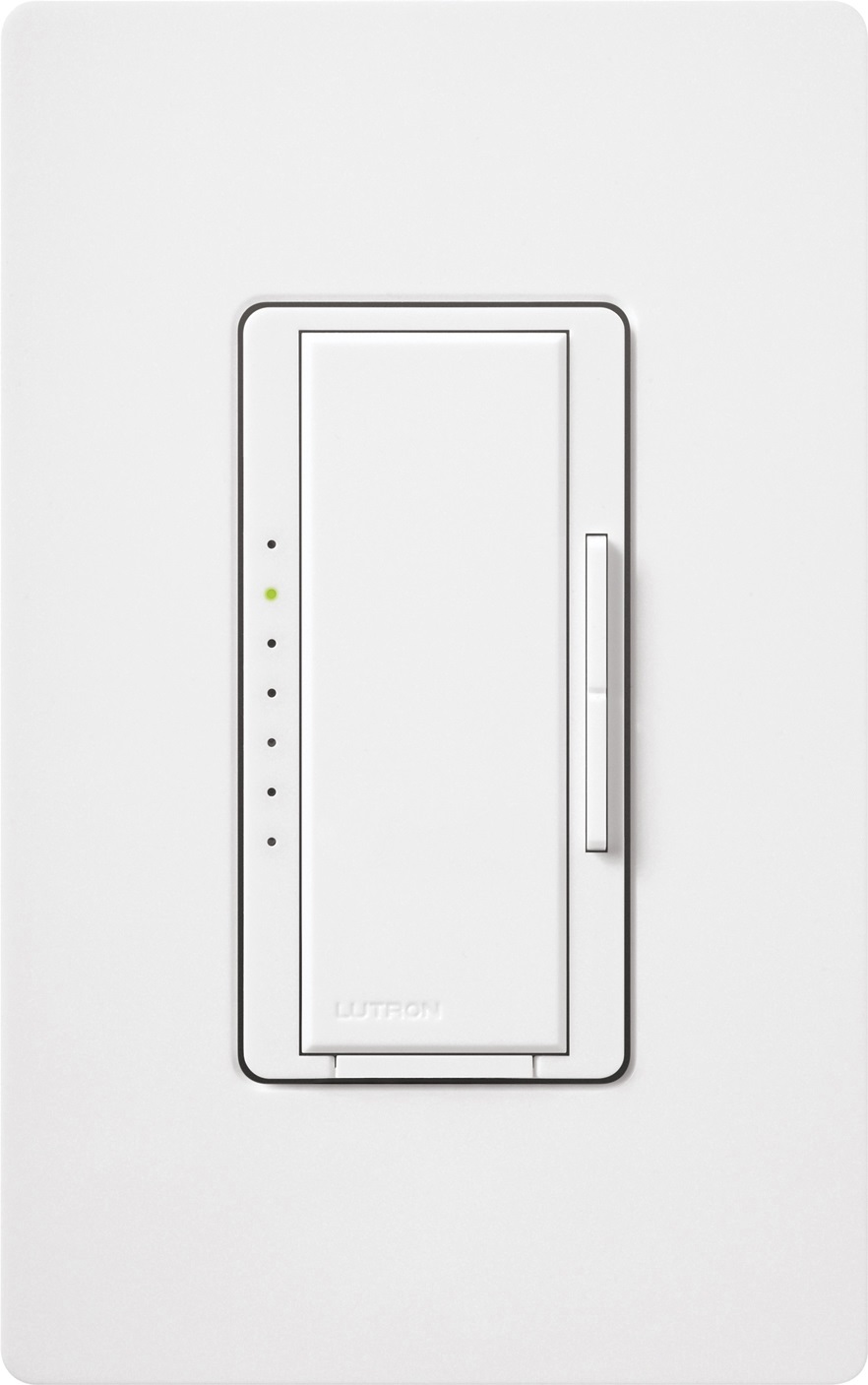 Joel Spira, who founded Lutron Electronics Co. in 1961, invented the first solid-state dimmer in 1959. For decades after, dimmers were largely used to control the aesthetic environment. Only in recent years has dimming become an important part of the energy costs saving debate. As such, the rapidly evolving technology represents a significant market opportunity for electrical contractors. Lighting research and energy-efficiency policy embedded in the model codes will determine how the market develops over the next decade.

However, the meta-analysis of 240 savings estimates from 88 papers and case studies notes that simulations significantly overestimate by at least 10 percent of the average savings in the field, particularly for daylighting. (Daylight harvesting is an energy-savings strategy using a photosensor to monitor light levels and adjust light output to maintain certain energy levels.)

Nonetheless, the potential savings in dollars and energy, given the state of lighting in existing buildings, not to mention new construction, is staggering. Buildings account for more than one-third of all energy consumed in the United States. Of that amount, on average, lighting comprises roughly 30 percent. Saving even 10 percent of that energy, not to mention 25 or 35 percent, would yield billions. As a result of the potential gains, code developers, building owners and lighting professionals are increasingly targeting lighting as the single greatest opportunity for energy savings, including the profit gained from the manufacture and installation of lighting controls.

Research on the effect of energy savings through lighting controls is encouraging. According to the Lighting Controls Association, headquartered at the National Electrical Manufacturers Association (NEMA) in Rosslyn, Va., an interesting relationship exists between changing light levels and how people perceive them. As lamps dim, the human eye may perceive a higher light output and level than actually exists. Dimming lights to 25 percent of their power appears to the average person to be about 50 percent of full light level. A majority of users cannot detect a 15 to 20 percent reduction.

The National Research Council states that, in above-average levels of daylight, users are less likely to notice and more likely to adapt to significant reductions in light levels. This finding confirms that daylight dimming is likely to be nonintrusive, while suggesting applications for demand response—another energy-savings strategy in which a control system responds to a signal from a local utility to reduce electrical loads during grid stress. Research also suggests that giving occupants the power to adjust their own lighting levels gives them greater job satisfaction and a sense that they are having a positive effect on the environment.

So, given this win-win situation for the user and the environment, where does the market opportunity lie? Craig DiLouie, principal of Zing Communications Inc. and acting education director of the Lighting Controls Association, pointed to “executive and meeting spaces, daylight harvesting, and occupancy sensing in intermittently occupied spaces where the lights must stay on but can be reduced when the space is unoccupied. The biggest opportunities right now are in daylight harvesting and occupancy sensing. The biggest opportunity, in the future, will likely be demand response.”

Russ MacAdam, director of commercial systems development at Lutron, said that retrofitting existing commercial buildings represents a much larger opportunity for installation of dimming and other lighting controls than new construction. And within that market, linear fluorescent is the dominant technology. He said that commercial spaces have been installing fluorescents since their introduction at the 1939 World’s Fair.

“Replacing T12s with T8s and including a dimming ballast can achieve continuous dimming down to 4 percent of power and save significant amounts of energy,” he said.

Pete Horton, vice president of business development at WattStopper, a division of Legrand Group, also recommended simple, straightforward approach to dimming technology. He said that some energy codes, specifically California’s Title 24 (see sidebar, page 52), are going too far too fast by requiring demand response technology when the question of return on investment for the building owner has not been satisfactorily answered.

Horton said that, by including occupancy sensor requirements, ASHRAE 90.1 has been responsible for huge energy savings and real commercial opportunity for manufacturers and electrical contractors. Installing occupancy sensors with two switches, for low and high, or alternating lights, can provide full payback in as little as two years. Systems being designed to comply with demand response requirements, on the other hand, require upfront purchase of a server and software on day one, a capital investment that may take a long time to recoup, Horton said. Running and maintaining such systems is often beyond the capabilities of building owners. To illustrate, he said that some manufacturers are setting up service businesses to help owners manage their lighting systems.

“These systems cost between $1.60 to $2 a square foot to install, commissioning included. Compared to a simple combination of bilevel switching and occupancy sensing, the opportunity for savings is roughly between 1 and 0 percent. The return on investment, if any, is obviously far into the future,” Wattstoppers’ Horton said.

A lot more research has to be done, but he is afraid that aggressive codes will force owners into untenable positions in the meantime.

Installing some new dimming devices can be exceedingly simple. According to MacAdam, an electrician can install an RF dimming system in 10 minutes, never having seen it before.

Dimming technology is available for practically every type of lighting, but the Lighting Controls Association cautions that contractors should be sure to specify ballasts that are dimmable, lamps and ballasts that are compatible, and ballasts andcontrols that are compatible. Analog ballast performance mayvary across products, so contractors should avoid mixing ballast types from different manufacturers in the same system. They should also avoid mixing dimmable and nondimmable loads on a dimmer circuit, linear lamps and CFLs in the same control zone, and different lamp types on the same dimming control.

The preface to NEMA’s LSD 56 2011 white paper, “Compatibility of Forward Phase Control Dimmers and Dimmable Self-Ballasted Compact Fluorescent Lamps,” notes the guidelines presented “are not a substitute for a product seller’s or user’s own judgment with respect to the particular product discussed.”

NEMA Program Manager Alex Boesenberg said, “There are not many standards on the subject of compatibility, so contractors should check with manufacturers at the outset.”

According to most experts, the future of dimming belongs to the light-emitting diode (LED).

“LED technology is taking the lighting industry by storm,” DiLouie said. “While the energy savings are not as high for LED systems as conventional systems using controls, dramatic benefits can be achieved. LED lighting is inherently friendly with lighting controls. Frequent switching does not reduce product life. Dimming can actually extend product life, and efficacy is maintained across the dimming range. Dimmable drivers typically do not impose a higher cost, resulting in many LED products being dimmable out of the box. LEDs are solid-state, digital devices, making them highly compatible with digital dimming solutions with onboard controls and logic. For example, the onboard logic may ensure that the fixture produces constant light output over its service life, providing more consistent light levels while saving energy.”

Lutron’s MacAdam would agree with most of these points.

However, he said, “Unfortunately, there have been a lot of people making drivers or embedding drivers into LED lamps that are not compatible with certain types of dimmers. This has led to a lot of confusion about what control to use on what driver or lamp, and that has led to problems in the field. If you don’t use LEDs and controls that are approved to work together by the manufacturers of both components, you open yourself to such problems.”

One of the most exciting new products, WattStopper’s Horton said, is “similar to wiring of Cisco phone systems, all of which have an IP address. Instead of running power to a fixture, they’re running Cat 5 cable. You don’t need that many electricians, but you do need a data room.”

Having said that, Horton warned against infatuation.

“We’re still in the Wild West when it comes to calibrating controls. The DALI protocol is the best we have at the moment, but it does not have the precision required. The potential for LEDs and digital control systems is enormous. In 10 years, we may be ready for it. The question is, if you’re looking to reduce energy use, do you wait 10 years, or do you renovate now with T8s and dimmer switches. I think the market is providing the answer to that question,” he said.

What can the average electrical contractor do to navigate these deep waters successfully? DiLouie said contractors “can benefit by taking the time to gain a thorough understanding of how different lighting controls function and should be installed and started up. They should also consider advanced control options, such as automatic shutoff, in their retrofit proposals.”

Education Express offers free courses on dimming and other controls at www.lightingcontrolsassociation.org.