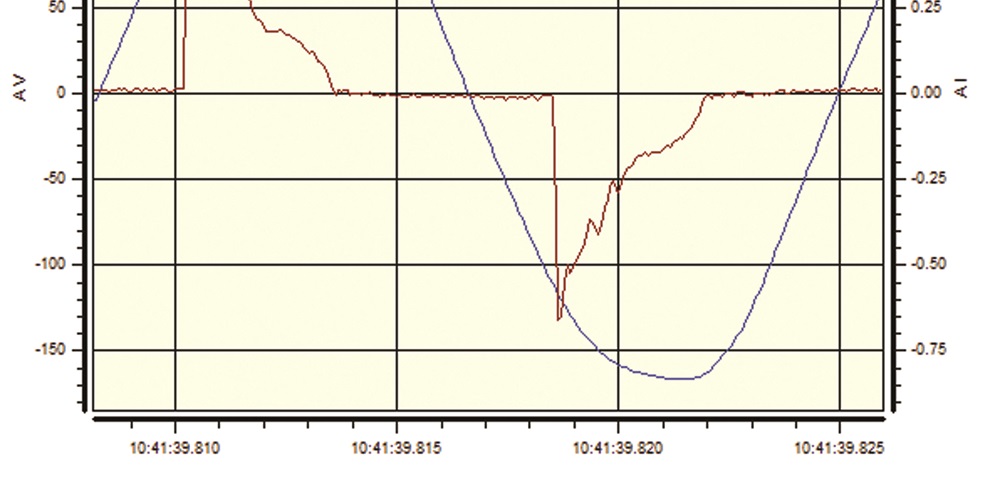 More new lighting designs and retrofit projects are turning to alternative technologies for facility illumination. Besides the efficiency mandate that has boosted sales of new incandescent lamps, saving money on the electric bill due to improved efficiency seems to make the newer luminaire types a win-win. However, there is concern about effects on the overall power quality of the electrical system, as well as lighting system malfunction, from these alternative devices.

Some products have exhibited power factors as low as 0.5 and total current harmonic distortion over 80 percent, yet some standards define limits on such occurrences. In the United States, Energy Star product specification for luminaires refers to the ANSI C82 series for the measurement methods. Limits depend on wattage, residential versus commercial use, and type of luminaire.

For example, ANSI C82.77 limits current harmonic distortion for integrally ballasted medium screw-base compact light sources (CFL, HID or halogen types) to 80 percent of fundamental, and minimum power factor is 0.8 for input power of 35 to 65 watts (W). The international standard, EN61000-3-2 Class C has comparable limits for devices greater than 25W, but it goes into limiting individual harmonic values as well, especially the triplen harmonics (3, 6, 9, 12 ...), which are additive in the neutral conductors of wye circuits.

So, are these concerns justified, and are these problems unique to the newer technologies being used to light our world?

Fluorescent lights have been sources of harmonic current for decades. Manufacturers of the newer electronic ballasts that replaced the magnetic ballasts claim to generate lower harmonics, but this is device-dependent; check specifications before making a purchase.

Incandescent lamps have no harmonics and a near unity power factor, as they are purely a resistive load, but their design was their downfall in the efficiency department. If you compare the lumens (measure of light output), you would see that a light-emitting diode (LED) lamp emits only 4 percent of the heat of an equivalent incandescent, and a CFL emits about 35 percent of the incandescent’s Btu output. On a lumen-for-watt basis in the 60W range, a CFL’s power consumption ranges around 23–33 percent of the equivalent incandescent, while an LED lamp is 10–13 percent and goes up to 17–19 percent in the 150W range.

But how is this power being drawn from the circuit? The key is to understand how the electricity turns into photons. In LED lamp bases, electronics convert 120 volts alternating-current (V AC) into low-voltage direct current. The type of converter ranges from a simple nonlinear rectifier-based circuit that has no power factor correction to a multistage converter with circuitry for isolation, power factor correction and current regulation. No surprise, the cost goes up with more stuff, and cheaper lamps affect power quality more significantly. Electronic ballasts for fluorescents and in CFL bases follow a similar impact versus cost curve.

The figures on these two pages show the comparison voltage and current waveforms during startup and steady-state conditions for the CFL (above left) and LED equivalent (above) of 60W of light output with an incandescent lamp (bottom left). The startup waveform is important because CFLs and LEDs have unique differences from the incandescent’s instant-on. Note the nonlinear current waveform that is the source of the aforementioned harmonics and the phase shift that causes lower power factor. Also, not shown is the infrared signal emitted while some models of CFLs warm up, which can interfere with remote controls for TVs and other audiovisual equipment.

It is important to maintain perspective about what is a real problem versus a perceived one. Harmonic currents can cause problems; however, it is not the total harmonic distortion (THD) number that matters but the amount of harmonic current per device that flows in the circuit. If you replace a 60W incandescent with an equivalent 800 lumen LED lamp that has 0.8 power factor and 80 percent THD (the worst case allowed by ANSI C87.77 2002), it results in less than 5 volt-amperes reactive and approximately 50 milliamps of harmonic current per luminaire. For a 200-ampere (A) residential circuit with 20 lights on, the total harmonic current reaches approximately 1A or 0.5 percent of the 200A circuit. That isn’t likely to cause any problems with electromagnetic loads, such as transformers. Even if the circuit were a wye instead of the more typical split phase for a North American residence, the neutral wouldn’t be overloaded either from the replacement luminaires.

How bad is the problem with new lighting technologies? We are hoping that people in the know who install such devices will share their experiences. Email me at gmeddywhy1@gmail.com, and let me know what you have dealt with. Like the changes to the National Electrical Code to increase the conductor size requirements for the neutral where nonlinear loads were causing the problems, it will take a sufficient number of documented cases, along with the theoretical possibilities, to help drive changes in the standards and subsequently the design of new sources of lighting.