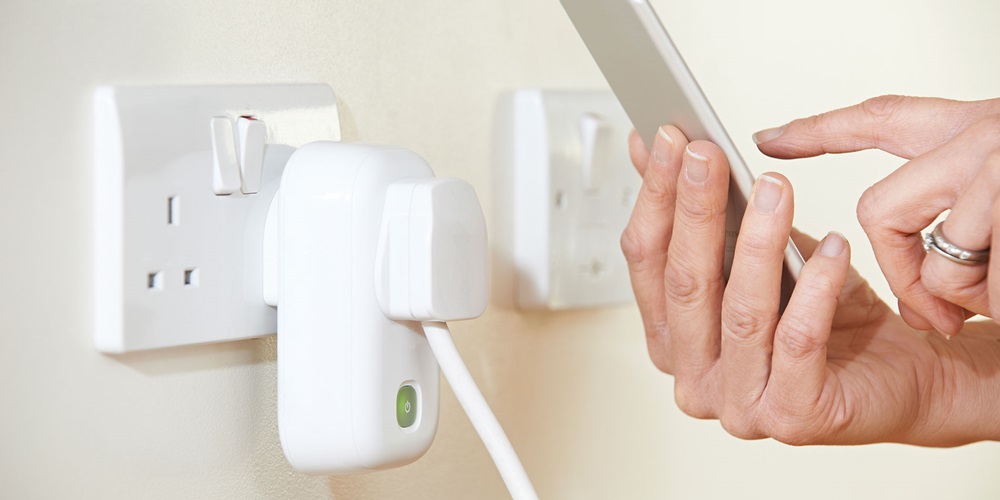 According to the U.S. Department of Energy, plug and process loads account for one-third of commercial building energy consumption. Plug loads, such as computers, printers and task lighting, draw power from standard alternating-current (AC) receptacles and often operate all the time. The combination of high energy use and wasteful operation make them good candidates for energy management, particularly in plug-load-intensive applications, such as office buildings.

Plug-load controls are receptacles, power strips, connected devices and systems that reduce energy consumption and improve safety by turning off plug loads when they are not in use. This type of control is a good fit for the lighting industry, which offers plug-load-control solutions as an extension of lighting control. Think lighting controls, and apply the same concept to receptacle loads.

“Many building owners and facility managers are still unaware that this type of energy control is available,” said David Kaminski, product marketing manager, Legrand. “The change is being driven by the latest code updates. It’s an easy and affordable energy-saving solution for new construction and renovation projects.”

Similar to general lighting, there are two main ways to implement automatic shutoff for plug loads, including scheduling, which is based on predicted vacancy, and occupancy sensing, which is based on detected vacancy. Depending on the type of control system, these strategies could be combined (e.g., scheduled during operating hours, occupancy sensing after hours). A third option is shutoff based on a signal from another control system, such as an alarm system.

“Plug-load controls can provide 15 to 50 percent energy savings, depending on the application,” said Michael Lunn, director, product marketing, Eaton. “If applied properly in a space and it’s controlled by occupancy sensors rather than scheduled, the potential energy savings increases.”

“For starters, you’ll want to control the big energy hogs that will quickly impact your bottom line, such as printers, copiers, space heaters, water coolers and task lights,” Kaminski said. “Other devices to consider for plug-load control include coffee makers, microwaves, televisions and vending machines.”

Besides energy savings, commercial building energy codes are another major demand driver. Energy codes based on the 2010 or later version of ASHRAE/IES 90.1 require at least 50 percent of all 125-volt, 15- and 20-ampere receptacles in specific spaces be controlled automatically using scheduling (with local override), occupancy sensing or automatic signal from another system. Starting with 90.1 2013, controlled receptacles must be permanently marked to differentiate them from uncontrolled receptacles. California’s Title 24 energy code has similar requirements. Consult the applicable code for specifics.

Because they are not permanently installed, plug-in strips are not compliant. Nonetheless, such devices may be viable for applications where these code requirements do not apply. Strips can be controlled by occupancy sensors, smartphones or another method.

The next option is a controlled receptacle, which may be fully or partially controlled. A partially controlled receptacle allows some devices to be turned off (e.g., computer monitor) while keeping power flowing to others (e.g., the hard drive). Entire circuits can be controlled by a relay in a power pack wired to an occupancy sensor or at a lighting control panel with scheduling capability. Plug loads may be networked for control by a centralized control system, which enables programming, measuring and monitoring. If a manual-on/automatic-off lighting control strategy is employed, the plug loads should be controlled independently of the general lighting.

Finally, the plug load can be controlled at the receptacle through an integrated timer, relay and override.

“Stand-alone or localized receptacle control can prove to be a more reasonable solution because it is less likely to cause disruption of the occupant’s daily routine,” said Felix Omar Perez, product manager, energy efficiency, Hubbell Wiring Systems. “A larger networked system would allow time-based schedule control and building-wide management of plug loads and allow for a stricter strategy that could result in bigger savings. The question is not so much the size of the system as it is the appropriateness of the control strategies being used.”

Well-suited to existing construction, wireless options involve a device, such as an occupancy sensor, sending a control signal to a receiver in the receptacle, which disconnects from branch circuit wiring using an integral relay. This option enables the electrical contractor to use existing wiring, reducing installation requirements.

“Remember plug-load control can be achieved with a simple traditional occupancy sensor, room-based control system, large enterprise system and wireless lighting control system,” Lunn said. “Each method provides additional functionality and integration of controls and technology such as integrated power metering of plug loads that is now available on many wireless-controlled receptacles.”

“There are a number of key factors to consider before selecting the most effective automatic receptacle control solution for a given space,” Perez said. “Make sure you understand the building, its occupants and its use. This will help you establish the most appropriate design strategy and avoid a one-size-fits-all pitfall.”