Li-Fi Is Coming: New Technology Hints at the Future of Lighting 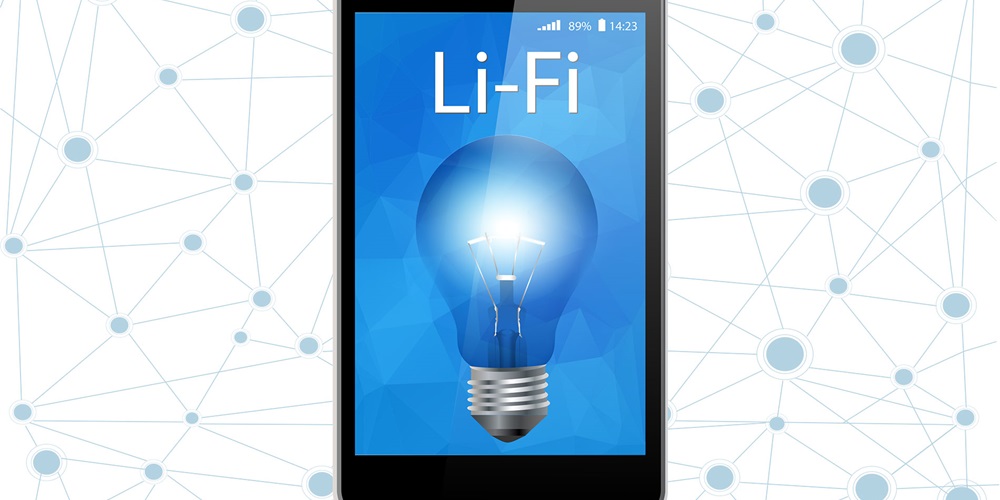 Light Fidelity (Li-Fi) is a wireless communication technology that uses visible light to transmit data at very high speeds. It is another potentially transformative capability of LED lighting. According to Global Market Insights, Li-Fi will achieve a global market value of $75 billion by 2023.

University of Edinburgh professor Harald Haas coined the term during a 2011 TED Talk. Since then, he established pureLifi, a company dedicated to developing the technology, which has since taken great leaps toward reality. Standards such as IEEE 802.15.7 and IEEE 802.11 have been developed. More recently, various manufacturers have introduced products.

Among the first Li-Fi-enabled luminaires are the PowerBalance gen2, suitable for commercial general lighting, and the LuxSpace downlight. At Lightfair International 2018 in Chicago, LumEfficient’s Li-Fi Ores Downlight, which functions as both a fixed LED downlight and a Li-Fi access point, won a Judges’ Citation Award at the Lightfair Innovation Awards. Oledcomm’s MyLi-fi desk lamp can be used in the home or to limit data delivery to desk-sized zones in offices.

Here’s how Li-Fi works: In a space, LED lamps or luminaires are equipped with signal-processing chips, which turn them into network access points. A binary data stream is fed from the internet or server by way of a high-speed medium through a router/switch and then into the lights. The LED drivers then modulate the output to embed the data into the light. A photosensitive receiver at the user level (e.g., a dongle that plugs into a USB port) converts the light into an electrical signal that in turn is converted back into binary data.

The next thing you know, you’ve downloaded a movie from a light bulb. And, you’ve done it very quickly, with Li-Fi speed currently greater than 1 Gbps, about 10 times faster than Wi-Fi, translating to some 18 movies in a single second. Theoretically, speeds up to 224 Gbps could be achieved. Communication is bidirectional, offering both uplink and downlink.

Another factor favoring Li-Fi is spectrum. Currently, the majority of data is consumed indoors using Wi-Fi, based on the radio spectrum. The visible light spectrum, meanwhile, is 10,000 times larger. As consumption of wireless data steadily increases—accelerated by the internet of things—Wi-Fi may be facing a “spectrum crunch.”

Other benefits include availability anywhere with electric light, enhanced overall energy efficiency by doubling duty for lighting and wireless networking, and enhanced security, as the data is isolated to the confined space, since light can’t pass through walls. The modulation occurs outside visual perception, with the lowest frequency being 10,000 times higher than the refresh rate of a computer screen.

The technology has limitations, however. An electric light source is required for connectivity. Dimming the lights requires advanced modulation. If the receiver cannot detect sufficient light reflected from room surfaces, line of sight may be required. Unless proper filtering and algorithms are used, sunlight may interfere with the signal. The light emission of non-Li-Fi lamps could also interfere. And then there’s the installation cost.

Overall, however, Li-Fi is well positioned as a complementary technology to Wi-Fi, serving as part of a 5G network and focusing on dense and confined spaces.

Indoor GPS and targeted communications to mobile apps, such as guiding a shopper through a supermarket and pushing coupons, is one application. Li-Fi’s limited range makes it suitable for data-sensitive applications, such as military and healthcare, while its use of light makes it suitable for applications such as chemical plants where radio waves may be hazardous. It’s also suitable where radio waves have a hard time reaching, such as underwater and in subways. Li-Fi streetlights could provide internet and targeted communications, such as tourist information, to mobile phones. Li-Fi traffic lights could provide updates to vehicles. Li-Fi headlights could enable vehicles to communicate information such as road hazards. In an office, general lighting could deliver guest access, while workstation task lighting could provide access to the corporate network.

A number of demonstration projects are currently in the works, including the Paris subway system, the Dubai Design District, and a real estate office in France.

Widespread Li-Fi adoption would facilitate the IoT and expand wireless availability and speed, while blurring the line between the wireless and lighting industries, possibly even resulting in them merging in the future.