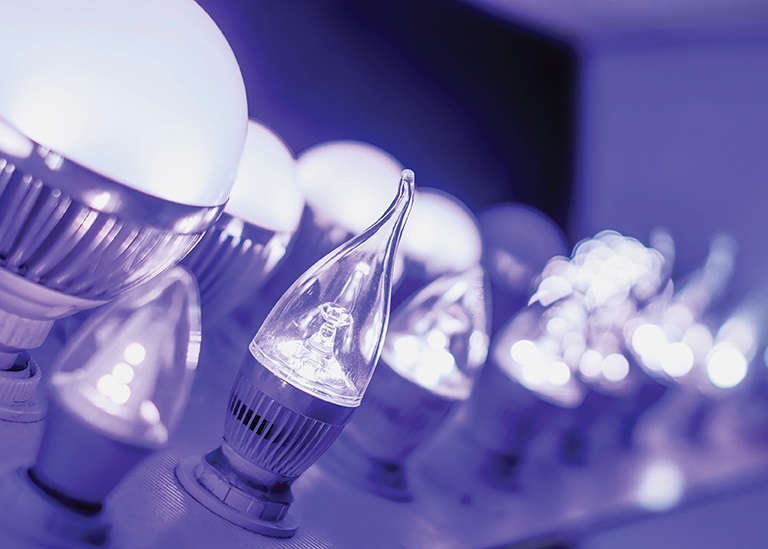 Solid-state lighting, such as light-emitting diode (LED) technology, promises significant short-term opportunities, notably in the retrofit market. However, many industry stakeholders are concerned about long-term risks LEDs present as they continue to gain acceptance.

Let’s look at distributors as an example. At the Strategies in Light conference last year, Chris Brown, CEO of national lighting supplier and distributor Wiedenbach-­Brown, warned of what he called “Illumigeddon.”

Illumigeddon, he said, is the future demise of the traditional lighting industry and the lighting maintenance, repair and operations (MRO) segment of the typical electrical distributor’s business.

Brown pointed to two fundamental threats: First, the longevity of solid-state sources (both life and long mean time between failures) means a decline in ongoing lamp sales. Second, the integration of intelligent lighting controls is attracting interest from companies such as Apple, Cisco, Google and Oracle. The entrance of these technology giants into the lighting marketplace calls into question who will ultimately be specifying and selling the next generation of intelligent lighting.

Some believe, just as solid-state lighting technologies have come to replace traditional lighting, novel technologies such as carbon nanotubes may ultimately replace it in turn, creating a new revolution in the future with associated retrofit opportunities. However, “Lighting 3.0” may not happen for many years, if it happens at all. While intelligent controls may create new applications and opportunities, solid-state sources, with their high efficiency, long life and declining cost, may well become the standard for the foreseeable future.

Solid-state lighting is undeniably a classically disruptive technology that will transform the lighting industry, creating winners and losers in the process. Where do electrical contractors (ECs) fit? Is there similarly the possibility of an Illumigeddon for them? David Levine, vice president of energy and maintenance services for Capital Tristate, an electrical distributor, said ECs may face significant risks.

Levine said these risks will focus as three emerging major trends align. First, LED lighting will continue to gain market share in new construction and grow as a portion of the installed lighting base. Second, intelligent lighting controls will continue to gain acceptance as part of an integrated lighting solution. Third, the industrial Internet of Things (IoT), with LED luminaires potentially serving as a platform for additional sensors, contributes to a system of low-voltage devices in the ceiling well-suited to power-over-Ethernet (PoE) systems. If costs decline to make this more economically attractive to mainstream construction, and with companies like Cisco looking at this market, PoE systems may become increasingly common in the future.

The first two trends sound positive; they represent a lot of work for ECs, particularly in the retrofit market. However, they also present risks. In the short term, lighting is getting more complicated. ECs often play an influential role in lighting decision making. The introduction of LED lighting, intelligent controls and energy codes add up to a more complex decision-making landscape that contractors must navigate to retain that influence (see the Estimating column, page 18, for an example of this complexity).

In the long run, Levine said, it’s uncertain who will own the industrial IoT. Which companies will be in that market, and what will be the primary drivers? We know that technology giants are eyeing this potentially major market. The concern is that these new players in the lighting market may offer their own integration and installation services.

To survive Illumigeddon, distributors and contractors should look for ways to remain relevant to their customer base. Learn about LEDs and control technologies, along with quality lighting suppliers and products. Not only act as a good distributor or contractor, but also as a critical resource for information and service. Fully realized, this could involve testing new products, comparing features and benefits to competitive products, and demanding future-proofed products.

Levine said electrical contractors should become as educated as they can about lighting, particularly LEDs and lighting controls, and then educate their customers. He said contractors should follow the development of the industrial IoT, which is likely to emerge across a spectrum of versions, and then look for opportunities where they can profit. Finally, he recommended that ECs plan ways to respond to PoE projects should that technology achieve market acceptance. Should this technology gain significant traction, Levine said, contractors should consider returning to the datacom and low-voltage market or ally with good companies that can serve as subcontractors.

The future is hard to predict—what will happen, its full extent and its timing—­but such industry insiders as Brown and Levine believe emerging trends point to an environment of greater risk. Levine’s final advice is for electrical contractors to keep an eye on the market for change and be prepared.