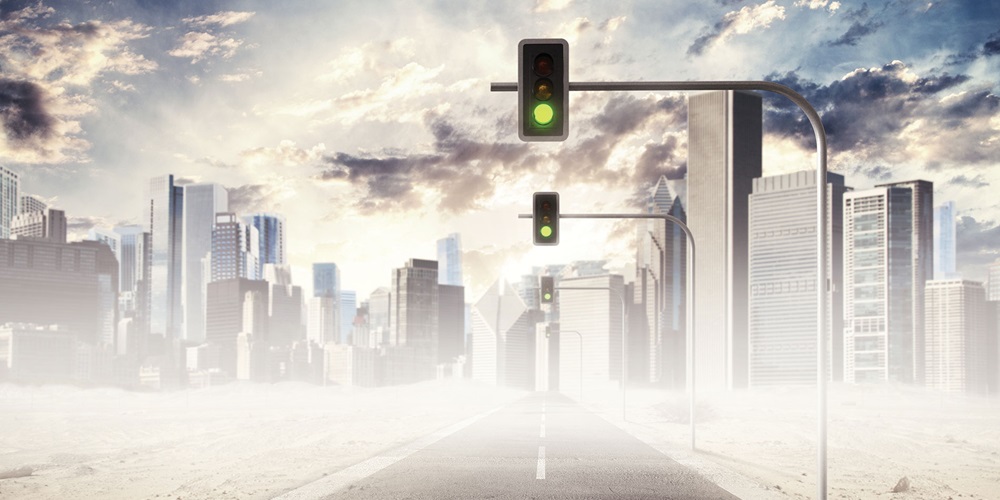 The U.S. streetlight market is evolving quickly. Less than a decade ago, LED streetlights were still merely theoretical for most cities, with only a few cities piloting them. In recent years, LED luminaires have become the standard technology for streetlights.

The upfront costs of LEDs have come down, and because of the lamps’ lower power requirements and long life, they save money over their lifetimes. Furthermore, additional technologies can be included in smart streetlighting, generating greater value. Smart LED streetlights can be turned off and dimmed when lighting needs are reduced, such as when traffic volume is light very early in the morning. In addition, with remote lamp outage detection, municipalities can save on the cost of sending employees around the city looking for lamps that need replacing.

Smart streetlighting offers other opportunities to improve public safety. For instance, with traffic monitoring, the smart streetlighting system can be connected to traffic signals and offer opportunities to improve traffic flow. Weather monitoring enables system operators to adjust lighting as needed during rain, snow, etc. Operators have the ability to shift lights to a flashing mode in front of residences or businesses that have called for police, fire or ambulance service, so first responders can find emergency locations faster. HD closed-circuit television can be used to monitor and even deter criminal activity. Finally, noise-sensing technology can be used to detect gunshots or other activity.

According to “United States LED and Smart Streetlighting: Market Forecast (2018-2027)—Public Outdoor Lighting Market,” published by Northeast Group LLC, it is estimated that $6.6 billion will be invested in LED streetlights and another $1.4 billion in smart streetlighting technologies, over the next decade. In addition, the report predicts, over the same time period, 90 percent of U.S. streetlights will be converted to LED, and 38 percent will be networked.
Which smart lighting technologies will become the most popular in the near future?

“This will differ based on particular city needs, but in the near future, capabilities related to the controls will likely be the cheapest and most common,” said Ryan Citron, senior research analyst—energy, Navigant Research.

Cities also are showing strong interest in traffic-related applications, such as smart parking and traffic monitoring, as well as public Wi-Fi.

“Adding 4G LTE and eventually 5G wireless technology to poles to improve mobile phone coverage is another area that is expected to gain traction,” Citron said. “In Los Angeles, for example, the city has installed hundreds of 4G LTE smart poles that generate revenue for the city through rental fees charged to cell carriers for using the poles.”

So, will the future of smart streetlighting be wired or wireless? Most likely, it will be a mix, depending on the combination of technologies that each municipality is interested in installing, as well as the decisions they make in weighing the pros and cons of each option.

“The level of security differs between wired versus wireless networks,” Citron said. “Wireless networks are more vulnerable to intrusion, as accessing a wireless network does not require physical access to a network cable, unlike a wired fiber or copper connection, where one must physically connect.”
However, most wireless networks, including Wi-Fi and cellular, have built-in security mechanisms that can prevent snooping of data streams.

Outside of the United States and United Kingdom, Citron said PLC (wired) has traditionally been the leading method of communicating smart streetlights in a networked system.

“Large numbers of streetlights run on dedicated power lines without being interrupted by frequent substations, which allows those power lines to be used as the backbone for networked communications,” he said.

While PLC has traditionally operated independently of other technologies, more companies are working on using multiple types of control with a single system. As Citron sees it, PLC will be increasingly complemented with wireless links where it makes sense in each application. While PLC is inherently more secure than wireless network choices, it does cost more upfront than most wireless solutions.

“Also, it can be somewhat less flexible due to the hard-wiring,” he said. “The communication can only travel where power lines are installed.”
However, the emergence of hybrid PLC/RF mesh solutions helps address this drawback.

“Due to low barriers of entry, high flexibility, and the general case of communication agency rules, such as the Federal Communications Commission in the United States, wireless RF mesh is a common and popular technology for smart streetlighting in the U.S.,” Citron said.

This past year, the Illinois Department of Innovation and Technology created a statewide Smart Streetlighting Initiative, which provides municipalities and other local government entities in the state with turnkey options to upgrade streetlighting systems.

In announcing the program, the state of Illinois stated, “Smart streetlighting is an emerging area that brings the opportunity for savings in energy and maintenance costs, as well as improved services such as air quality monitoring, traffic management, smart parking, gunshot detection, and electric vehicle charging. Municipalities across Illinois have shown a strong interest in exploring the benefits of smart streetlighting.”

The initiative provides interested municipalities and local government entities with financing options, as well as access to three smart streetlighting vendors that have been approved by the state to work with local governments to upgrade their streetlighting systems. The vendors provide luminaires, field devices (controllers and associated gateway devices to enable control), a central management system (which remotely monitors and manages the luminaires and field devices), and a backhaul communications network (enabling data to be sent between the luminaires and the central management system).

The program is new, but a number of municipalities have expressed interest in several of the smart streetlighting technologies, said Essam El-Beik, a consultant with the Illinois Century Network, part of the state’s Department of Innovation and Technology.

“By far, the features and functionalities of most interest to municipalities are outage detection, remote on/off, remote dimming, and remote color/temperature adjustment,” he said.

Communities also are exploring a number of other smart applications, including security camera technology for high-crime areas.

“However, in most cases, it seems that each community has its own unique interests,” he said. “For example, one community may have a strong interest in public Wi-Fi, while others may have no interest in that at all.”

Interest in wired versus wireless also varies by community.

Some communities are concerned about security, given that it is easier to hack into a wireless system than a wired system. Municipalities in the state see the benefits of fiber-based wired solutions as high-capacity availability and have no concern about outside interference issues.

“It is also easy to adopt the pole architecture with fiber-based wired solutions in order to integrate a number of smart streetlighting features,” El-Beik said.

A program in action

In 2018, Portland, Maine, launched Phase 1 of the Streetlight Conversion/Smart City program. This involved replacing all of the city’s streetlights with LED fixtures (which included remote control capabilities for outage detection, on/off, dimming, color change, etc.), as well as implementing smart traffic signals at certain intersections in the city and a small amount of public Wi-Fi.

“As of early 2019, we are almost completed with Phase 1,” said Troy Moon, sustainability coordinator for the city. “All of the cobra-head fixtures have been changed out. We are still wrapping up the control network.”

To date, the energy and maintenance cost savings associated with Phase 1 are about $1 million per year, which the city can now invest in Phase 2 technologies. The city hasn’t yet determined all of the details of Phase 2, but they will likely include more comprehensive public Wi-Fi access and installing smart traffic signals at intersections. In the future, there is talk of a Phase 3, which may involve the installation of environmental sensors and EV charging stations.

Looking to the future

“There can also be privacy and security concerns with data collection, particularly if cameras are mounted on the streetlights,” Navigant’s Citron said.

However, the smart streetlighting market is poised to achieve robust growth over the next 10 years, due to the strong business case for installing networked control systems alongside LEDs.

“In addition, city leaders are increasingly looking for ways to meet energy reduction targets and futureproof their smart streetlight upgrades through comprehensive, city-wide networks that can be used to deploy other smart city applications,” Citron said.