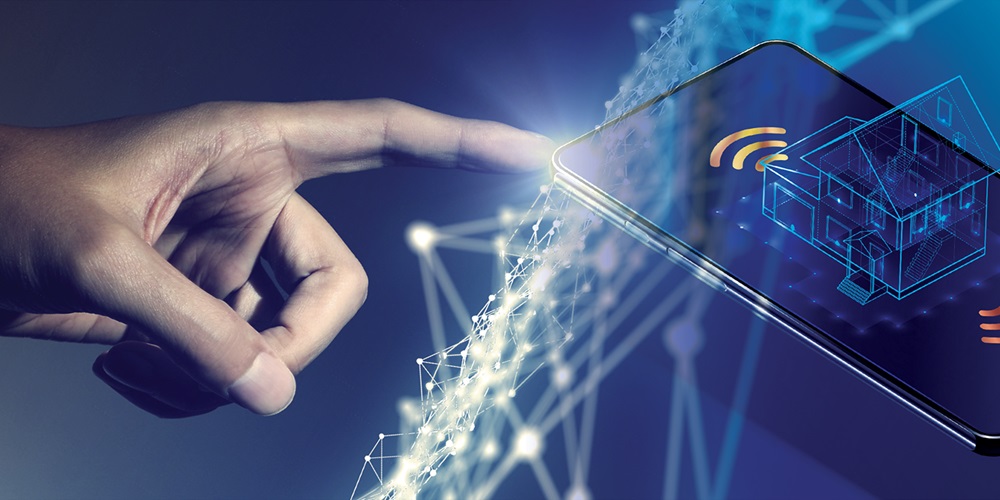 The internet unlocked trillions of dollars in market value by connecting more than 10 billion computing devices for commerce, services and information. The internet of things (IoT) holds enormous promise to unlock new value in buildings and enterprises by connecting building systems and sensors in an intelligent network. This network may provide global control, automation and sensor data such as occupancy patterns, temperature, traffic, air quality, weather, vibration, fluid levels and more.

In turn, this data could be used for business analytics, new services, maintenance and greater building responsiveness to users. A 2014 McKinsey report estimated the IoT will generate $3.9–$11.1 trillion in economic activity by 2025, with about 70 percent being in the B2B market. The high end of that range is roughly equivalent to 10 percent of the global economy. This economic upside has attracted interest from big tech companies such as Cisco, which sees a market potential of $14 trillion.

The lighting industry was quick to envision a potential central role for itself in the IoT. They understood that lighting is everywhere, providing an excellent platform for additional sensors, and that the energy savings potential of LED would result in new luminaires being installed in many buildings. Maturing wireless networking, simpler commissioning and operating software, growing digitalization of lighting, and the demonetizing of LED luminaires led manufacturers to embrace connected lighting technology.

With connected lighting, the industry brings wireless communication, bandwidth, intelligence, and software to the table. Adding sensors is not difficult, with all data collected for analysis by lighting control software or shared with third-party software. Many connected lighting products are now touted as “IoT-enabled,” and manufacturers argue installing anything else automatically makes it obsolete as the IoT develops.

Since the IoT is still poorly defined, the idea of “IoT-enabled” may mean different things, requiring diligence on the part of the specifier regarding interoperability, scalability, open versus proprietary standard, and ability to connect to both wired and wireless systems. Meanwhile, the connectivity and the longevity of LED sources have manufacturers experimenting with the concept of light as a service, effectively leasing luminaires and controls or selling such services as data, training, upgrades and ongoing control adjustments.

It remains to be seen whether the lighting industry will “own” the IoT or become just another player connecting to it through a standardized interface. Connected lighting is already blurring the line between lighting and tech company, and the IoT may blur it even further. Similarly, it remains to be seen exactly what role electrical contractors will play and what will be required of them. The IoT hasn’t arrived yet, and until then, there’s just hype and a lot to learn. Because of energy codes, ECs are already seeing big changes in the number and type of lighting controls installed, and they are beginning to transition from the old world of configuring systems using wiring to the new world of apps. They’re already starting to talk to IT departments, and in the future may need to support IoT and data services.

Aside from some early adopters, however, the IoT can barely be said to exist. Standards, availability and adoption are still in their infancy, resulting in a Wild West environment similar to the start of the white-light LED market. Strong growth, however, is predicted as technical hurdles are addressed, making this a time of both opportunity and uncertainty.

To try to get a sense of where the IoT stands now and where it may be going, particularly in regards to lighting, ELECTRICAL CONTRACTOR talked to two technological visionaries in the lighting field. The first is Mark Lien, industry relations manager, Illuminating Engineering Society (IES). Though Lien did not speak on behalf of IES, he was able to offer his personal insights. The second is Robert Karlicek, Jr., professor and director, Center for Lighting Enabled Systems and Applications, Rensselaer Polytechnic Institute, Troy, N.Y.

Lien said the IoT market is in a state of disillusionment, a phase he said is common to digital technologies before exponential growth.

“We have heard the promises of what IoT can deliver, but so far most of these are unavailable,” he said. “This is anticlimactic and disillusioning.”

Lien compared today’s IoT market to the infancy of white-light LEDs, whose early days saw products that emitted very blue light, were too large, and offered efficacies too low to justify their high cost. As they improved, economies of scale activated, standards emerged, and then prices fell, accelerating into exponential growth and domination of new product development.

“IoT is paused for launch over the next three years,” Lien said. “We are learning to translate the languages of converging industries, developing standards, sorting out how lighting will fit into the IoT, and speculating on who the market leaders will be.”

After the cost-reduction phase achieves widespread adoption, the next phase will be miniaturization and integration into the electrical infrastructure of cities and buildings such that its operation becomes transparent.

“Once tech shrinks—some to nano size—our interactions with IoT will be ubiquitous and eventually subconscious,” Lien said.

Who will “own” the IoT market remains a tough question, as telecom, internet and electronics companies battle for positioning. These are much bigger industries than lighting, and they see lighting’s ownership of sockets and boxes as prime real estate necessary for market dominance. Meanwhile, smart cities are determining how interior IoT may evolve.

“Imagine a smart outdoor pole luminaire as a digital platform that can accept a cafeteria approach to options including multiple sensors (through the use of standardized sockets) as well as audio and visual gear, drone docking and charging, vehicle charging and—oh yeah—lighting,” he said. “Whatever protocols and companies win the smart city wars will have an edge transforming interior spaces.”

Lien recognized lack of interoperability and cybersecurity as big hurdles to adoption, but said the biggest threat to the lighting industry is ignorance due to its highly insular internal nature and oversimplified face to the customer.

“The consequence is that the telecoms, internet and electronics companies perceive lighting as easy compared to their tech,” he said. “Quality lighting will be compromised if we do not expand general awareness of the value we bring beyond ROI. By not addressing this threat immediately, lighting risks becoming a commodity option in a digital platform.”

To deliver value, ECs must know more than customers do, which becomes more challenging as jobs become more complex.

“Continuous education in technology and communication skills can eliminate irrelevance and help those floundering to avert disaster,” Lien said.

The two sides of IoT lighting

Karlicek believes there will be two distinct IoT markets: residential and commercial. In residential, automation with voice control (Amazon Alexa, for example) may drive adoption, innovation, cost reduction, and possibly some level of standardization based on collaboration by two or three major players. On the commercial side, adoption will be slower, while standardization/interoperability and ability to process all the data are bigger issues.

“In commercial, the big challenge is building an ROI case for IoT services,” Karlicek said. “This will come primarily from the building management side of things, where greatly improved building energy efficiency and facility space utilization efficiency is starting to drive adoption now. Costs are coming down and market interest is increasing.”

He believes standardization will be an issue for some time. Interoperability is critical to an IoT solution. In its research report, McKinsey estimated an average 40 percent of the IoT’s future economic value depends on reliable interoperability.

“Standardization is a really tough issue, in part because technology continues to evolve so quickly, and there are so many consortia trying to address it,” Karlicek said. “I am not sure there is a leading protocol right now, but I am sure things will gradually settle out—perhaps over the next decade—as the market decides which IoT-enabled services drive value, and the inevitable consolidation of the various players in this space drives standardization.”

Another problem is analyzing all the data so it can translate into meaningful action. Data is possibly the most valuable benefit the IoT provides, but the industry doesn’t have the ability to process it all. Karlicek believes artificial intelligence will solve it, along with new sensing technologies.

“Increasingly, rudimentary machine learning (ML) and artificial intelligence (AI) methods will creep into data analysis to provide valuable services,” Karlicek said. “Some of these tools might actually flow from residential applications. Note that Google and Amazon, playing in residential, are making some of the largest ML/AI investments in the world, so it might happen faster than one would think; 3–5 years for basic building management apps.”

Karlicek believes the lighting industry will be largely left out of the IoT in the end, with lamp and luminaire makers focusing on competing based on quality of light features, and with lighting controls an add-on that would plug into another company’s platform.

Karlicek sees opportunity for ECs that can adapt to support IoT and data services.

“Freedom to swap one company’s product for another’s will be eroded because of smart system interface compatibility issues, and increasing familiarity with communication protocols, software debugging, and control system integration will be needed,” he said. “Gradually, the skill sets of electricians and network engineers will merge, and contractors will need to make continuing education a strong part of their workforce and business planning.”