Bundling And Unbundling: Is Lighting the Next iPhone? 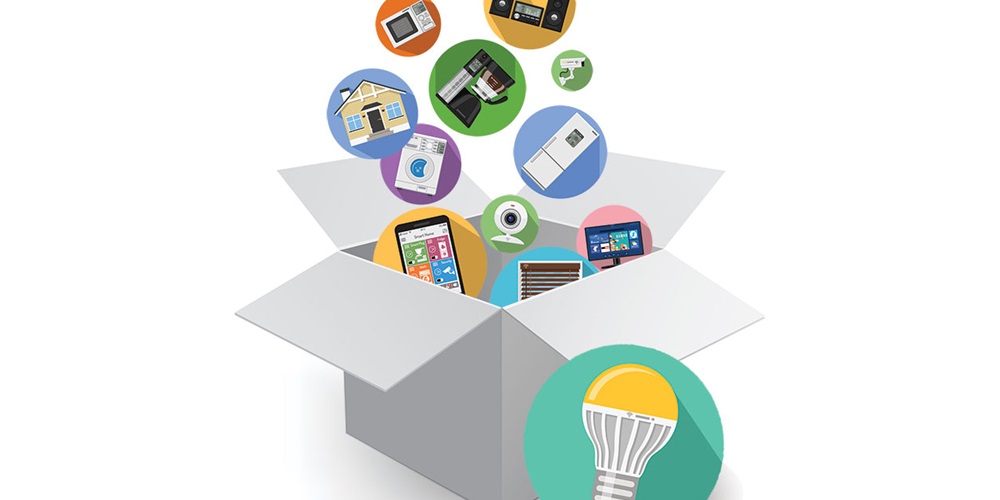 At the 2017 Strategies in Light conference, Dan Ryan of Acuity Brands Lighting examined lighting disruption posed by LED technology and the internet of things (IoT). He said a good starting point to predicting what will happen next in the lighting industry is to look at changes in similar industries, such as electronics and computing. As American businessman Jim Barksdale said, “There are two ways to make money in business: You can unbundle, or you can bundle.”

Bundling is when products are integrated and sold as a package instead of separately. Ryan cited numerous examples in the computing and consumer electronics industries. In computing, almost every big tech change saw a bundle or unbundle event. In the pre-internet era, Microsoft dominated by bundling all applications into Windows. Then the internet unbundled everything until Google, Facebook, Amazon, Apple and others rebundled everything again.

Currently, elements of these devices and services are being unbundled as individual products, such as Amazon’s Echo and Google Home voice assistant devices. Ryan said another major unbundling event might soon occur with cryptocurrencies, such as Bitcoin, the digital ledgers that manage these currencies.

“The basic aspect is that there are powerful economic forces in play that benefit both buyers and sellers,” Ryan said. “Buyers get access to more services for a lower cost than they would if they purchased independently, and sellers gain more profits by selling to a larger customer base. Right now, the lighting industry is going through a bundling phase where IoT services as well as building management systems are bundling with lighting projects.”

He said lighting might be considered the new iPhone, a classic example of bundling in the consumer electronics industry. Today’s iPhone integrates functionality into a single pocket device that 15 years ago would have required numerous larger devices—telephone, camera, mp3 player, video camera, video player, TV, laptop, etc. Ryan said lighting is in a unique position to serve as an aggregation point for the delivery of both light and IoT services.

“Much like that closet full of consumer electronics that’s now bundled into an iPhone, we’re seeing a bunch of systems that used to be sold, installed and maintained separately start to consolidate into a single platform—smart lighting,” Ryan said. “We’re seeing lighting companies bundle new digital services with lighting with offers like indoor positioning, asset tracking and occupancy analytics. The common pattern with solutions is leveraging the lighting network to collect data about the environment and then using that data to improve a business process.”

While bundling will likely remain a driving force in the lighting industry for the foreseeable future, unbundling is likely to occur again. The key is standardization enabling compatibility, which drives competition and development of a new services layer. An open question is whether the LED luminaire, which bundled the light source with other components, will unbundle to allow servicing of interchangeable components using standard connections.

The biggest impact of these events is not necessarily to products themselves, but often to their supply chains. As an example, Ryan pointed to the impact internet video streaming had on the cable TV industry. Consumers are no longer limited to getting content through a bundle offered by a sole provider but can subscribe to individual video content services, such as Netflix and Hulu.

In lighting, Ryan believes true disruption is not occurring, because how lighting projects are specified and sold is not materially changing. While distributors may see maintenance, repair and operations sales decline due to the longevity of installed LED sources, they also may benefit from the current bundling trend, due to larger project sizes involving higher-end systems.

Similarly, as long as projects are specified and sold the same way, the role of the contractor will remain the same, though these systems may present complexity challenges and a learning curve, at least in the short term.

“I don’t think contractors need to become experts in IoT services to still play the important role they play in the channel today, nor should we expect them to,” Ryan said. “Intelligent lighting systems need to be simple to install, commission and maintain. If deploying a lighting-based IoT network becomes as costly as maintaining an independent network, then why bundle at all?”

He said low-voltage DC lighting control solutions, such as power over ethernet systems, are a wild card. They are gaining momentum in the new construction market, and this enables contractors to tap into a different labor pool for executing projects.

“The point here is that by moving into an entry point for IoT, the total available market opportunity for the entire industry is going to increase, which will benefit multiple players in the channel,” Ryan said.