What Do You Mean, 5G Wireless? What It Would Really Take to Make the Switch 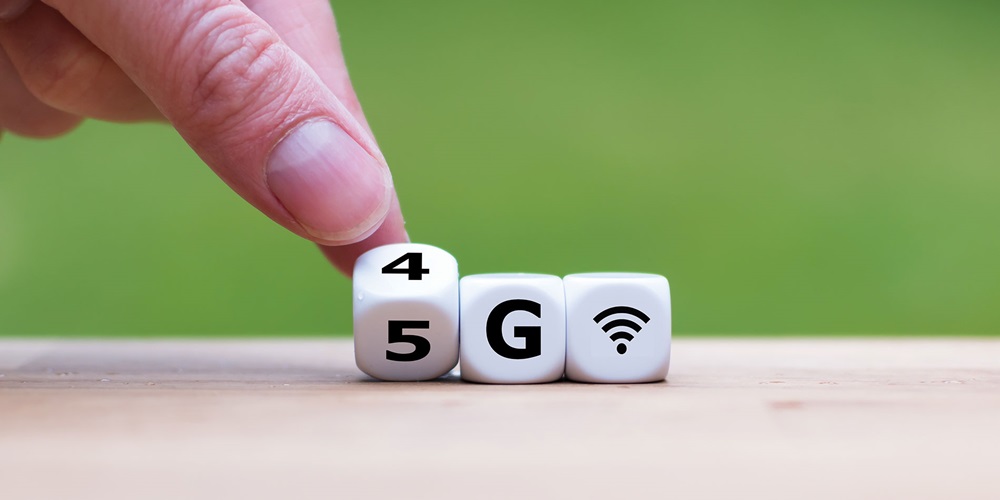 It seems you can’t pick up a newspaper today without seeing an advertisement touting a cellular company’s coming 5G wireless network. Some ads claim the service provider offers 5G connections to the home and you should sign up now, but when you enter your ZIP code you find the service is not available to you. That’s because only a few field trials are going on in a couple of cities, not widespread deployment like the ads imply. You can’t buy a 5G phone yet either. You can buy a cellphone from one provider with an icon that proclaims it’s “5GE” or 5G Evolution, although it’s just a 4G LTE phone and the logo is nothing but a promise.

Why is 5G causing so much buzz?

5G is the cool-sounding name everybody uses for the next generation of cellular wireless. Changes in the wireless protocols (the way data is formatted and transmitted) and use of different radio frequencies are aimed at increasing the bandwidth capacity of 5G to about 100 times greater than the current 4G LTE cellular systems. These goals, if achieved, will enable wireless connections to equal the bandwidth of current Wi-Fi and fiber-to-the-home networks, enabling users to download a movie in seconds (as the ads promise) and companies to use a line-of-sight wireless link to your home or building instead of installing cables.

To achieve those goals, wireless companies must overcome several technical and financial barriers. Current 4G LTE cellular systems have already stressed the backbone network of the phone systems. To increas the bandwidth by 100 times or more will require more fibers to the cell sites and denser urban cellular sites using small cells with a coverage of a few blocks or less. That means a lot of new fiber needs to be installed in cities to support small cells and more to regular cell towers, too.

The other big technical challenge is the frequency of 5G radio transmissions. Some 5G can use frequencies near the current cellular and Wi-Fi bands, but to get the full benefit of 5G, much higher frequencies are needed. Higher frequencies have transmission difficulties when encountering weather or trees and building walls are complete barriers. One article notes that a hand holding a portable device can block these signals. Current Wi-Fi and cellular networks can penetrate walls in many buildings but not 5G. If a line-of-sight link is used at people’s homes, it will require an antenna on the outside of the home connected to the current wired or wireless network inside. When you can get a 5G phone, it’s likely to still work on 4G LTE, so it will work indoors where 80 percent of all cellphone calls originate.

The real challenge of 5G is financial. A report from last year estimated that implementing 5G will cost over $200 billion. Can cellular companies afford that? One major cellphone company is trying to deal with building new networks while absorbing several entertainment companies it has acquired and paying down $170 billion in debt it incurred buying them.

The network boss of another company has already said 5G phones and phone services will be much more expensive than current 4G LTE phones. We’re already seeing new smartphones priced over $1,000, so what’s going to happen with 5G? Will people pay more than $1,000 for a new phone and much higher service charges? Already most people are keeping their smartphones much longer to avoid paying higher prices for upgrades.

America has about 300 million cellphones in use today; some people have more than one. Divide $200 billion investment by 300 million users and the 5G network will cost about $600 per user to build and a lot more to operate. Considering there are only about 125 million households in the United States, $200 billion could also allocate $1,667 each to build fiber to every U.S. home. Actually, it would cost much less than that and leave a lot of change.

I see fiber being a winner either way. Along with other new technologies such as intelligent traffic systems, microgrids, vehicle-to-vehicle and vehicle-to-infrastructure, the so-called internet of things, and a need for cities to provide state-of-the-art communications (on fiber, of course) to businesses, 5G is creating a booming business for contractors who know fiber optics.