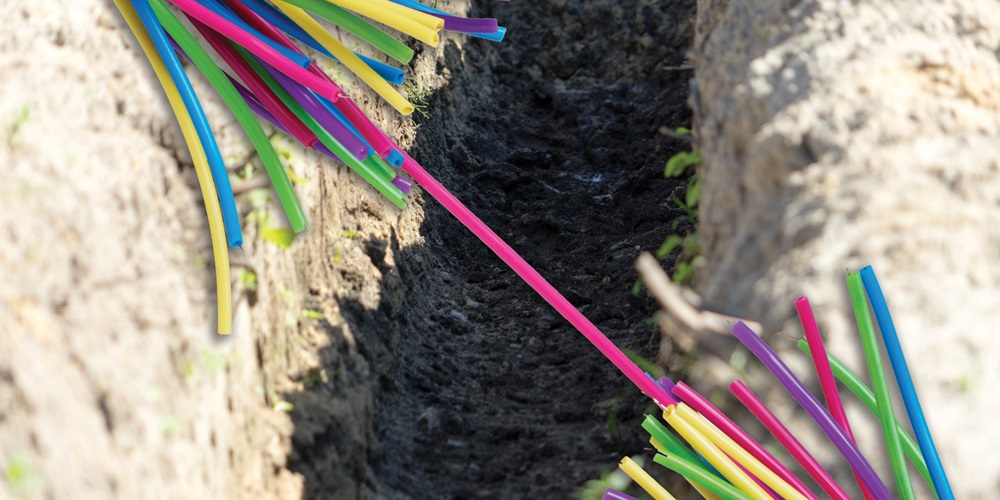 It’s human nature to be more vocal when complaining than complimenting. That means I hear a lot more about what goes wrong than what goes right. I retell these stories because you should learn from your (and others’) mistakes. Over the last few years, one topic has come up many times—the substandard work of subcontractors.

Let’s start with a story from an instructor at the Fiber Optic Association (FOA). He had built fiber systems connecting a half dozen apartment buildings in the suburbs of a large southern city. Things were going great until the building owner called and said service was out. When he arrived on the site of one outage, he found workers digging trenches across the property for new fiber optic cables and cutting his cables. The workers did not even know they had done it! They had no identification on their trucks or equipment, no permits and no experience in fiber construction.

He discovered these workers were actually landscape contractors subcontracting to a subcontractor of a major company installing fiber optics. They knew nothing about fiber optics or locating underground utilities. They just knew how to dig ditches.

In another southern city, the FOA visited a contractor who showed us the work he was doing for a major telecom company. He inadvertently showed us the perils of subcontracting. At a site where one of his crews were splicing fiber-to-the-home (FTTH) drops, we watched a subcontractor lashing aerial cable. He dropped a cable down the pole where the splicers were working, leaving the end of the cable about at ground level, a full 30–50 feet short of what was necessary to actually splice the cable in the vault below.

The FOA also often gets calls about testing, mostly about optical time domain reflectometers (OTDRs). Many are about tests on cables too short for the OTDR to even see, where it’s obvious the problem is with the installer. One time, another FOA instructor was called in to help find a break in a cable. There was no break. The fiber subcontractor was testing fibers in the wrong direction from an office, toward the direction where the cable lengths were shorter.

Right in my neighborhood in Santa Monica, I’ve seen some crazy stuff recently. Down the street, three guys were lashing an aerial cable, reaching over parked cars  from bucket trucks. They were moving their trucks along the active street lane with no warning signs. Another group was pulling a large fiber cable into a duct under the same street, pulling the cable over a small pulley mounted on their truck, a pulley much smaller than the bend radius of the cable. There was likely cable damage.

Every time I see one of these guys, I stop and talk to them. I introduce myself, tell them I’m from the FOA and ask what they are doing and for whom. All were subcontractors. I always ask how they were trained and virtually all of them said they were trained briefly by their supervisor and the rest was on-the-job training (OJT). So far, only one knew what the FOA was. The boss said he had his FOA CFOT certification, pulled out his copy of our textbook and asked me to autograph it!

As part of my work at the FOA, I have worked with a few organizations to create standards for contractors and installers. That generally involves training and getting a FOA CFOT certification. But when I talk to these crews working around my neighborhood, I wonder if standards like that are applied to subcontractors.

Part of the problem is probably starting from the top. If the project managers don’t understand the importance of competent fiber installers, there is a good chance that they will get shoddy workmanship. If they don’t give contracts to competent contractors and retain control over subcontractors, they may have landscape gardeners installing their fiber optic cable, too.

A major fiber optic cable manufacturer recently produced a brochure for its customers on choosing a contractor. The advice is to look for contractors with relevant experience, certifications, good references and a policy of only hiring trained and certified techs. I would add check their financials, too.

Many electrical contractors already do fiber optic work and have a pool of trained fiber techs who have attended fiber training at their local joint apprenticeship training committee. If you have to subcontract fiber services, choose carefully.