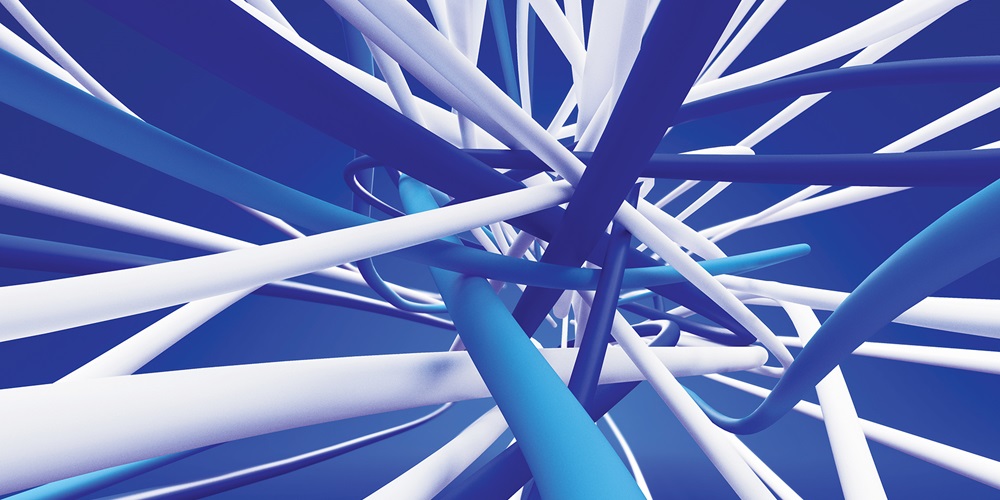 Power over Ethernet may finally be coming of age. This alternative way of delivering power using computer networking technology now accommodates 90 watts (W)/57 volts (V) to readily power lighting and lighting systems, blowers, fans, shades and more. In an emerging world of high-performing, energy-efficient buildings, PoE may be at the right place at the right time.

PoE was initially invented for the IP phone to provide 7W of power, which was a breakthrough developed in the early 2000s by Cisco Systems, San Jose, Calif. Things have progressed since then. Global markets research firm MarketsandMarkets projects the PoE market will reach more than $1 billion by 2022.

Chad Jones, technical leader, Enterprise Switching Group, Cisco Systems, has been an advocate, designer and standards developer for PoE. He currently serves as a principal member of the National Fire Protection Association 70 NEC Code -Making Panel 3; he is a senior member of the Institute of Electrical and Electronics Engineers, having participated in all three IEEE 802.3 PoE standards; and served on the NEC 2017 Code cycle, covering limited-power circuits. His 20-plus patents are largely related to PoE and emerging power methods.

“Everything needs power,” Jones said. “The electrical contractor’s job does not go away. PoE is an evolution as power is transmitted through ethernet cable alongside data. It’s also a safe technology, topping out at a maximum 57V (port voltage). If it were to overheat, it’s not a fire hazard. The cable function simply degrades.”

With building design driven by ever rigorous energy codes, aspirational certification programs and wireless ecosystems, the ground is fertile for PoE projects. In Fort Worth, Texas, The Sinclair, a Marriott Autograph Collection hotel, was born out of a landmark building rehabilitation. It is also an opportunity to create a digitally forward upscale hotel. Featuring 164 loft-style rooms and suites and a two-story penthouse, The Sinclair employs battery power and PoE for in-room sensing technology that can automate and customize guest room lighting, shades, locks, television and mirrors.

“There are only two electric outlets per guest room,” Jones said.

“Chillers run on the roof to circulate cool air throughout the building,” he said. “PoE is used to power the blower motors.”

The Sinclair’s digital architecture also provides real-time analytics of hotel operations. While the Marriott hotel is one of several PoE showcases across the country, Jones said security cameras are currently the most popular application. PoE lighting may be next, but it requires some IT competency.

“When you do a PoE lighting install, there is network address at the light and a signal at the lighting controller,” Jones said. “These MAC addresses dictate operation. During PoE installs, you need to manage and confirm what lights go on and with what attributes. You become a ‘MAC electrician’.”

The workings of PoE

Understanding PoE basics is useful to better visualize an installation. A powered device (PD) is the load. That could be a security camera, digital lighting and so forth. Power sourcing equipment (PSE) is the power supply. No power is available at the PSE port without a connected PD. The “end point” represents the PSE integrated into an ethernet switch.

IEEE 802.3bt focuses on using all four twisted-pair cables within a standard ethernet cable rather than simply two addressed by the lower wattage IEEE 803.3 standards.

“Largely, PoE has ridden under the radar, even in 2019,” Jones said. “We are in an education process right now. NEC 2020 has changes making it easier for the installer and inspector. There are guidelines on cable bundling (e.g. 37 cables or less in a category cable bundle). You do need to know your cable gauges. With PoE we now are talking more in terms of current versus wattage.”

NuLEDs Inc., Carlsbad, Calif., and Digital Building Solution (DBS), New York, both offer their clients PoE solutions. NuLEDs was formed in 2011 and provides low-voltage LED lighting and control technology. It quickly expanded its control capabilities to include PoE. One of its recent projects was The Sinclair Hotel.

DBS opened its doors two years ago after its founders discovered success and a market for PoE.

While wireless lighting control and interest in the internet of things (IoT) have added a new dimension to digital lighting in terms managing light quality, energy efficiency and enabling data collection from sensors, the question lies with asking what PoE adds to the equation.

“PoE provides a granular, addressable system to control, dim the lights and send narrative to how the lights work over the IP network,” said Lisa Isaacson, chief business development officer for NuLEDs. “Cat 5 is cheaper and faster than wire and conduit. A MAC and IP address helps direct and manage power through the ethernet cables. Everything dims to less than a half-percent in a dimmable load with no driver conflict.”

Isaacson has been in the electrical industry since the early 80s and has seen a lot of advances but nothing like what PoE offers.

“Wireless works most of the time but has issues with building structures, including interference and distance,” Isaacson said. “You end up with two systems, traditional power supply (pipe and wire) and then this wireless layer. If you can control lighting and power on the same cable, then you end up with one wiring system.”

The added value of PoE’s multichannel capability is something Isaacson finds advantageous.

“In a PoE lighting system, lighting control is the default, but we have four channels so three are freed up to power other devices,” she said. “Maybe one channel is handling daylighting systems. Other channels might be used for climate control or something else.”

Brian Lennan is a principal behind DBS. “I see PoE as a new technology in light of its increased power capability,” he said. “In my former job, we were doing low-voltage within data centers and other projects using PoE at 32W. Cisco changed the game with twisted 4-wire ethernet that can carry 90W PSE.”

Lennan shared that when his firm pitches PoE, it presents it as one way to future-proof power delivery and management technology.

“Once you put a data cable (ethernet) in the ceiling, you can easily accommodate new software, a meter in the ceiling for HVAC control, daylighting and other high energy efficiency and power control,” Lennan said. “It’s scalable. Building owners see this future-today technology as part of a forward-thinking workspace that attracts talent. For instance, PoE can work well to handle circadian lighting platforms, which is something we installed for a windowless trading space.”

“We are currently working on a PoE office installation at 3 World Trade Center and a hotel in Texas that is DC to DC using a Tesla battery and solar. A major construction company in Chicago is asking us about PoE. Another hotel client in the U.K. is considering how to use PoE to tailor guest rooms to know your favored television stations, desired water temperature or illuminate text messages in your mirror. A project like this allows us to promote PoE’s capability. We also have [Apple and Facebook facility] projects in North Carolina that are migrating to PoE. I would add 85% or more of the ECs we deal with are on board with this technology,” Lennan said.

Michael Yee serves as director of the Educational and Cultural Trust Fund, Flushing, N.Y., which is a continuing education function for members of IBEW Local 3 and the AFL-CIO.

“We just introduced PoE lighting into our curriculum last semester,” Yee said. “For over a decade, we have addressed PoE switches, hubs and general networking. The lighting component creates another opportunity and has reenergized our commitment with partners including Cisco, Cree and others. I’d say PoE has taken off in the last five years.”

For Yee, New York City’s Climate Mobilization Act, passed in the spring of 2019, has set the table for PoE installation in his region. Comprised of four laws, the centerpiece is Local Law 97 that goes beyond benchmarking by mandating ambitious carbon-reduction targets for buildings over 25,000 square feet.

“With this mandate, I think PoE will be a valuable tool in energy control and related building monitoring to achieve objectives in energy savings,” he said.

“The relationship between us and building owners opens a door to sell them on this new service where it makes sense,” Yee said. “ECs can provide service and lighting installation and install needed sensors for building operation, monitoring and data gathering. We want to market the EC as the person ready to provide the work needed to achieve ever challenging energy-centric projects that now include power through wire and cable.”