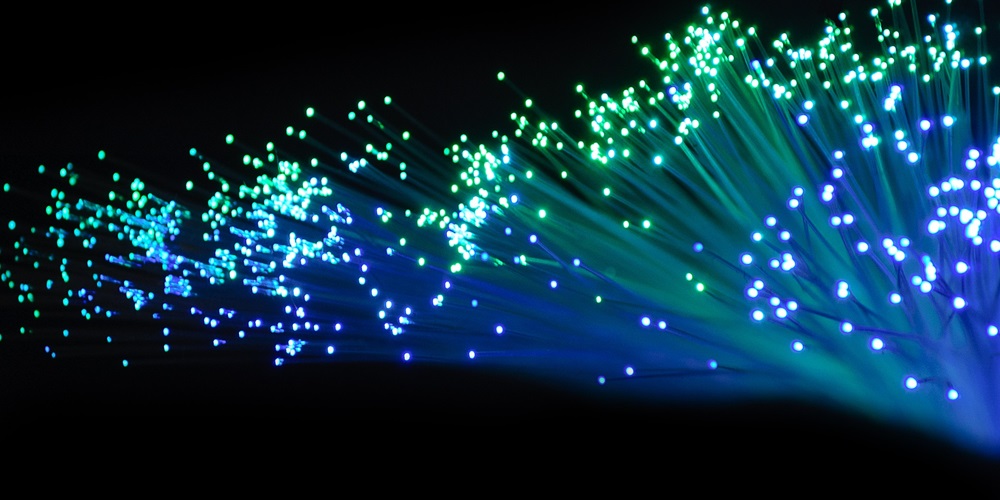 Editor’s Note: This article is intended to be used as a quick reference on multimode fibers and popular networks, so you may want to bookmark it for future reference.

Ethernet is the name of the computer network used in virtually all cabled LANs (local area networks) even connecting the wireless access points (WAPs) for Wi-Fi. Ethernet was standardized by IEEE as 802.3 in 1983 and originally used coaxial cable for connections because coaxial had much better bandwidth than other copper cables. In the late 1980s, new electronic techniques allowed ethernet to switch to unshielded twisted-pair (UTP) cable, what we usually call “Cat 5” today.

In the mid-1980s, some ethernet versions using fiber optics emerged, taking advantage of its superior bandwidth and distance capabilities. Since then, every ethernet variety has had fiber optic options. Usually, the fiber optic version comes first, with UTP cable trailing behind because it is much harder to design transceivers to transmit high-speed signals over twisted-pair copper.

OM1 and OM2 fibers date back to the beginning of fiber optics and are considered legacy fibers, not recommended for new installations, but lots of both types are still in use. OM3 and OM4 fibers were engineered for the current gigabit+ network speeds.

OM5 is a new fiber type, engineered to provide high bandwidth over a larger wavelength range to allow multimode fiber to use wavelength division multiplexing (WDM) like single-mode fiber. OM5 WDM is used in the wavelength range of 850–950nm where inexpensive VCSEL sources are available. This concept has advantages, using two fibers instead of eight or 20, saving a great deal of cost and complexity in the cable plant. However, OM5 has not gotten much support from either the intended customers who operate large data centers or the transceiver or equipment manufacturers, both of whom see single-mode WDM as being the preferred choice at 100 gigabits (Gb) and above.

Note the bandwidth for a fiber is specified with a distance component. What this means is that if the distance is shorter, the effective bandwidth is higher. In practical terms, this can be translated into how far a network can transmit on a given fiber based on its transmission speed, shown in the next table.

Note also that as speeds increase, the power budget decreases. This is another consequence of higher speeds making pulses shorter and less powerful. Ensuring a multimode network has less than 1.9 dB loss can be problematic unless one uses only the best connectors and keeps them perfectly clean. That’s another advantage of single-mode fiber, where laser transmitters and receivers have much higher power budgets and bandwidth is never a problem.