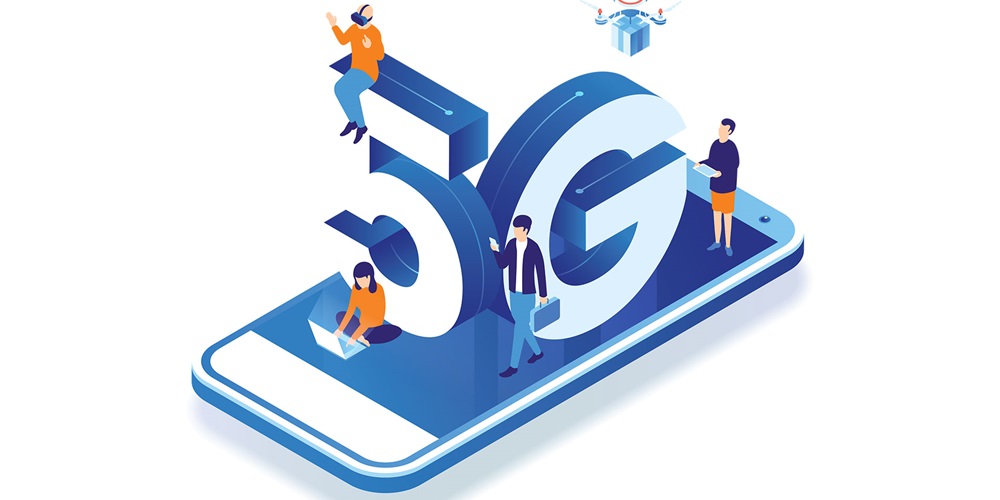 As the Fifth generation (5G) of high-speed cellular is promoted across the nation, the physical security industry waits patiently—anticipating how the landscape of connected technologies will change with faster, more robust broadband networks.

Increased connectivity to internet of things (loT) applications will blossom with the expansive growth of 5G and will allow more intelligent, edge and cloud-computing processes to handle data efficiently and with lower latency. Other benefactors of 5G deployment will include industrial automation, positioning services, asset and people tracking and environmental sensors. For internet protocol video, the ability to stream high-resolution, full-motion video directly into the cloud for remote viewing and storage will further propel surveillance applications. Other cloud-computing applications—such as artificial intelligence (AI), drones, robotics, and autonomous and connected vehicles—also stand to gain momentum.

5G in a pandemic

The demand for the next iteration of connectivity and the need for greater transmission speeds because of remote work and school and increased data processing is even more pronounced as businesses revamp their traditional work strategies.

This next leap in transmission speed began in 2019 when AT&T and Verizon deployed their 5G networks in a handful of cities. In June 2020, AT&T announced major rollouts of 5G in 28 new markets, including the first with dynamic spectrum sharing (DSS) technology. DSS allows carriers to share the same channel between 4G and 5G users simultaneously based on demand, which creates a seamless experience for customers. Through DSS, AT&T can deploy 5G faster so more customers take advantage of it.

What it means for security

According to San Diego-based Qualcomm Technologies Inc., a wireless technology innovator and force behind the development, launch and expansion of 5G, the technology’s proliferation to adjacent and new markets is unprecedented, which leads to the amalgamation of ground-breaking implementations, such as AI and edge computing.

“To date, much of the focus has been on consumer devices, like smartphones and laptops with 5G support,” said Danny Tseng, director of technical marketing at Qualcomm. “5G will bring better services for loT devices and more efficient scaling of technology. 5G mobile will enable higher quality video footage transmission over the network, greater bandwidth and more reliability. loT use cases deploying sensors in an industrial environment, and even cameras in automation will also benefit.”

There’s also the network itself, where slicing and virtualization provide new levels of services, cutting the cord and providing reliable operation and intelligent wireless edge computing without packet loss, even in manufacturing and other harsh settings.

According to Bob Everson, senior director of 5G architecture for Cisco Systems, Dallas, “5G puts more intelligence on the network to correlate across different sensors and apply technology in new ways that we haven’t been able to achieve with the existing infrastructure.”

In the enterprise, he said, wireless will increasingly replace hardwiring, connecting security devices in new ways for flexibility and reduced costs.

“This new radio technology is important in enabling services,” he said. “Operators can move to the cloud- and software-based platforms more efficiently. Support for millions of loT devices is another benefit. Intelligent cameras will also benefit greatly from a high-speed infrastructure, storing video on the camera, applying AI and then sending specific data and alerts over wireless. 5G allows a much more powerful set of services and automation, such as massive machine communication with an extremely high density of devices, like building, security and environmental sensors.”