A To Zed: Net-Zero 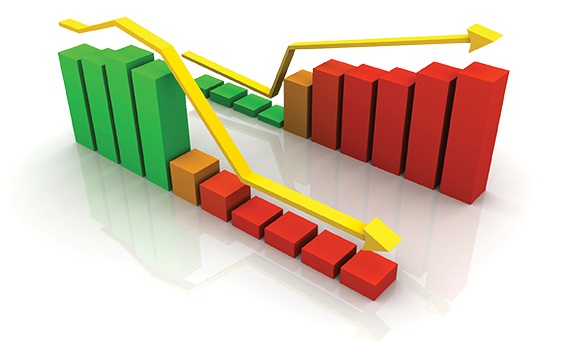 Net-zero energy buildings produce as much energy as they consume over the course of a year, and they have been a goal for progressive designers and engineers for the last decade or so. Recently, others have begun considering the benefits of spreading net-zero goals across larger communities, using smart grid communications technologies to coordinate energy use (and energy savings) among a range of building types. A real-world prototype is emerging in Fort Collins, Colo., illustrating ways building owners and electric utilities can work together to achieve such ambitious goals.

The Fort Collins effort is called FortZED (the ZED stands for “zero energy district”), and it is serving as an omnibus research project, bringing together business owners, university researchers and the city’s municipal utility. The 2-square-mile area is home to city and county buildings and a local brewery, along with the campus of Colorado State University (CSU).

The goal of making the target district truly net-zero is a long-term vision, according to Steve Catanach, the city’s lighting and power manager. In the near term, the project is focused on accomplishing four specific tasks:

• Installation of a demonstration combined-heat-and-power project, led by controls-maker Woodward

The initial idea came out of brainstorming sessions that included the city’s municipal utility, a town-and-gown partnership called UniverCity Connection that seeks to build ties between the city and CSU, and the Colorado Clean Energy Cluster, a business-incubator group focused on Colorado-located energy companies. A number of state and local energy mandates helped drive this conversation. The Platte River Power Authority, which is the nonprofit generation company supplying Fort Collins’ electricity, is under a state requirement to reduce its greenhouse gas emissions to 20 percent below its 2005 level by 2020. And the city itself has a greenhouse-gas-reduction goal of 25 percent below 2005 levels by 2020, along with a self-imposed mandate to reduce its overall energy use by 1.5 percent every year.

Initial funding came, in part, from a U.S. Department of Energy Renewable and Distributed Systems Integration grant, which provides financial backing for the aptly named “Jumpstart” project. This first step, a three-year effort launched in 2010, has involved testing a number of technologies intended to reduce peak energy use and incorporate renewable supplies into FortZED’s energy system. It focused on reducing peak demand for two of the eight distribution feeders within the FortZED boundaries by 20 to 30 percent.

Program organizers teamed up with private industry and CSU researchers, among others, to reach this ambitious goal. For example, energy-controls manufacturer Woodward (headquartered in Fort Collins) introduced a product called easYgen, which enables distributed generation equipment to parallel the local grid. Woodward worked with New Belgium Brewing Co. to develop a way to run a generator set off of a combination of natural gas and site-generated waste methane. Additionally, researchers created a microgrid to provide a proof of concept that district-wide loads could be transferred on and off the utility grid.

The three-year Jumpstart project is wrapping up, so FortZED organizers are working on a road map that capitalizes on recent efforts and gets them closer to their ambitious 2020 goals. Among the key efforts, moving forward, is engaging the area’s larger community of residents and business owners, in the goals of greater distributed-generation integration and demand-response capabilities. This is where the utility-as-service model will be especially important, by providing a one-stop shop for property owners seeking everything from energy-efficiency audits to rooftop PV panels. While Fort Collins Utilities will not be doing such work directly, they hope to provide direct referrals to electrical contractors who have gone through a training program that emphasizes both energy efficiency and customer service (a similar program already is in place for heating, ventilating and air conditioning contractors).

Getting such a range of stakeholders to buy into what Catanach calls a “big, hairy, audacious goal” is certainly a challenge, but the fact that the local utility is owned by the municipality of Fort Collins instead of shareholders seeking a return may be what makes the effort possible. Like the residents of Boulder, Colo., who are currently fighting a legal battle to break the city’s relationship with electricity provider Xcel Energy, the people of Fort Collins are very environmentally minded. Unlike Boulder’s residents, however, the citizens of Fort Collins are in a position to act on their beliefs.

“We also are a reflection of our community’s values,” Catanach said, speaking of Fort Collins utilities’ relationship with its ratepayers. “That is a benefit of being a municipal utility.”