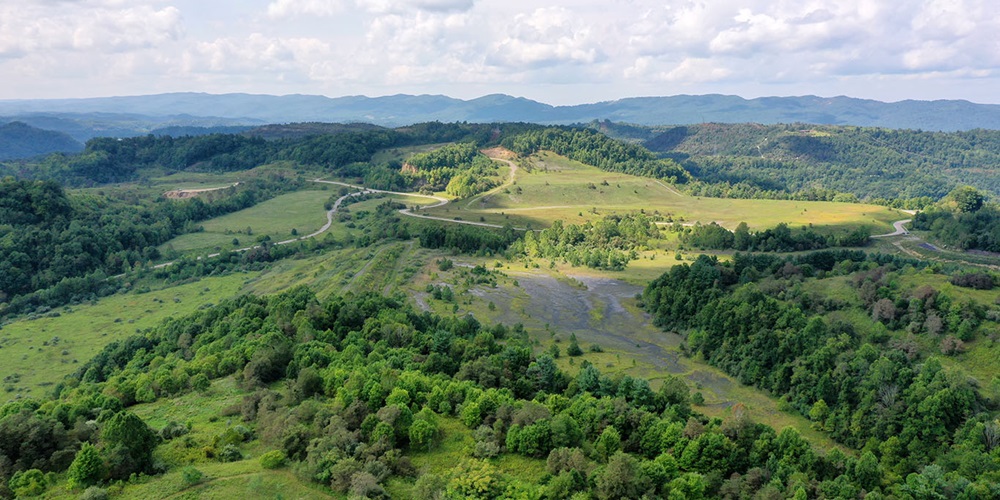 Six abandoned surface coal mines in southwest Virginia, owned by the Nature Conservancy (TNC), a global conservation organization, are being transformed into solar farms—the first utility-scale solar systems in the region, according to The Washington Post.

Last September, TNC and Dominion Energy, Virginia’s largest electricity utility, announced that they will repurpose about 1,200 acres of the former Red Onion surface mine in Wise and Dickenson counties into a 50-megawatt Highlands Solar project, which is enough to power 12,500 homes at peak output. Construction is estimated to begin in 2024 or 2025, subject to review and approval from state regulators. Dominion Energy will jointly develop the project with Antares Group, which will serve as the engineer.

Coal production and jobs in coal mining have been declining for decades, and the COVID-19 pandemic hastened more coal job losses. In 2020, U.S. coal production fell to its lowest level since 1965—the country’s coal-fired generation fell 20% from 2019, according to the Energy Information Administration. EIA states that lower natural gas prices have also made coal a less competitive power generator.

“Southwest Virginia and the wider Central Appalachian coalfields have an important role to play in the renewable energy economy,” said Brad Kreps, director of TNC’s Clinch Valley Program, in Dominion Energy’s press release. “Some of the region’s former mined lands are well suited for solar development, and by directing development towards these areas it will help us conserve the region’s intact forests for wood products, carbon storage, wildlife habitats, outdoor recreation and tourism.”

The Virginia Clean Economy Act sets out a 2045 deadline for Dominion Energy Virginia to produce 100% of its electricity from carbon-free sources, and these solar projects can support this goal. TNC plans to expand this model across the country.

“By collaborating with Dominion Energy and other companies on these initial projects, we hope to develop a model that can be replicated in other coal mining regions across the U.S.,” Kreps said.

In 2019, TNC acquired 253,000 acres of forest in the Appalachian Mountains—one of its largest acquisitions in the country. Called the Cumberland Forest Project and located in Southwest Virginia, Eastern Tennessee and Eastern Kentucky, this forested area is larger than Shenandoah and Acadia National Parks combined, according to TNC. Much of this land will be protected and restored, while former surface coal mines in the region will be used for solar energy projects. These mining sites have “vast flat areas exposed to sunlight” and are located near transmission lines, which makes it easier to connect the solar farms to the grid. Their location also makes these sites good candidates for renewable energy projects, according to the Washington Post article.

TNC is also working on similar projects in Charlottesville, building a solar farm on former mined lands with Sun Tribe and Sol Systems, and in West Virginia with its Mining the Sun initiative that develops renewable energy on previously disturbed land. These solar projects in the Cumberland Forest Project will generate an estimated 120 megawatts.