Taking the Temperature of PV Performance 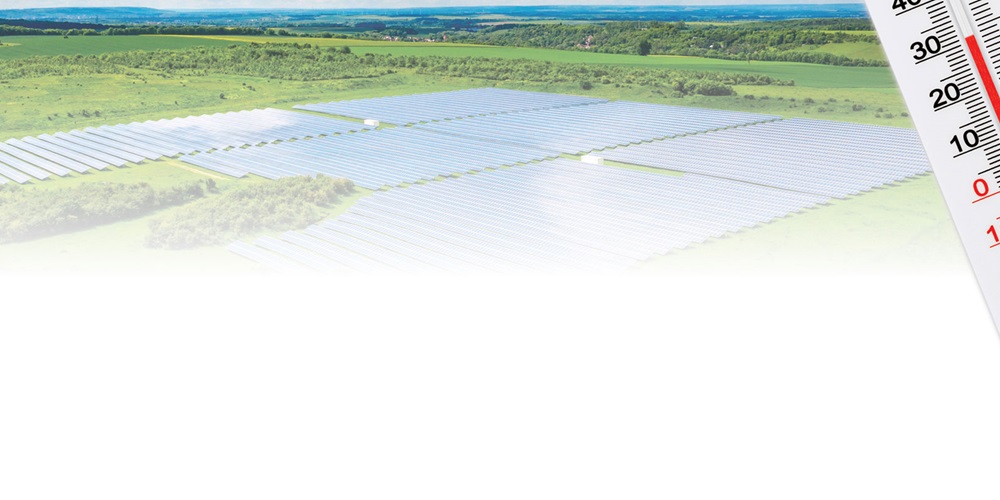 Like just about every other business in the nation, solar installers are taking a major hit from the COVID-19 pandemic’s economic fallout. A Solar Energy Industries Association (SEIA) survey found that almost 80% of responding members were seeing reduced business. However, advances are still continuing in the field. For example, a new module material that’s been gaining attention over the last decade appears close to commercialization, and it could provide a significant boost to panel productivity.

SEIA isn’t alone in its current pessimistic outlook. Wood Mackenzie Power & Renewables predicts an 18% market drop in 2020, and Bloomberg New Energy Finance has lowered its 2020 forecast by 28% based on COVID-19 impacts. This year’s slowdown could have a lag-on effect into the coming years because investment tax credits are being ratcheted down, starting this year. The previous 30% credit dropped to 26% at the start of 2020 and will be reduced to 22% in 2021, going away entirely for residential projects in 2022. So, homeowners delaying system installations this year because of their own financial concerns will see less incentive for such an investment next year.

However, if those consumers do decide to proceed with photovoltaic (PV) panel purchases a year or two from now, they may see new panel options on the market. A material called perovskite has been in development for about a decade and is, possibly, just a couple years out from actual application. It promises improved efficiency (the percentage of the sun’s energy converted to electricity) and lower production costs than traditional silicon-based materials.

The term “perovskite” in solar applications applies to a family of man-made materials related in chemical structure to a naturally occurring mineral of the same name.

Early on, researchers saw durability issues with perovskite related to long-term exposure to light and weather, both of which were obvious problems for a material meant to turn light into energy. Researchers have worked hard to address these concerns and have found that pairing perovskites with traditional silicon and thin-film products could provide a better option for near-term panel innovations.

“There is a whole class of perovskite materials,” said Joseph Berry, senior scientist on the Perovskite and Hybrid Solar Cells Team at the National Renewable Energy Laboratory (NREL). “We often refer to the ones for solar applications as metal halide perovskites.”

While one might think of a mineral as a solid, the synthetic forms developed for PV applications are applied as either a solution or vapor to a substrate, using processes similar to a printing press.

“You can use inkjet printing; roll-to-roll and sheet-to-sheet are all standard printing operations,” Berry said.

Additionally, perovskite-efficiency performance is very forgiving to the precision of this application. As a result, proponents see significant pricing advantages over existing silicon-based PV designs, which require cleanroom-level manufacturing conditions.

The material’s efficiency advantage is largely due to its ability to create electricity from a broader spectrum of light, and that spectrum can be adjusted, or “tuned,” by tweaking its chemical formulation. This, along with the manufacturing process described above, makes perovskites a good candidate for tandem photocell designs, in which an efficiency-boosting layer of the material is deposited on top of a standard silicon panel or flexible, thin-film format. While today’s highest performing silicon panels peak at approximately 23% efficiency, the British startup Oxford PV hit 28% efficiency with a perovskite-silicon tandem cell in its laboratory in late 2018. The company is scaling up a manufacturing line in Brandenburg, Germany, that’s planned to be in production by the end of this year.

Berry, whose team is one of several at NREL helping drive perovskite advances, said such tandem approaches are the likeliest to come to market first.

“I would see that as a near-term win,” he said. “Perovskites give you an opportunity to get to higher efficiencies with little added cost.”

One hurdle perovskites have faced is the use of lead, which is water-soluble, in their chemistry.

“Lead is the magic that makes it go,” Berry said.

The amount is minuscule, approximately 2 milligrams per watt, according to some estimates, and it likely would be sourced from recycled material. Concerns that the lead might leach out of a damaged perovskite solar cell are being addressed by another NREL team working with researchers from Northern Illinois University. They’ve repurposed off-the-shelf technology to apply lead-absorbing films to the front and back of a cell that would capture 96% of the lead in the case it was damaged and submerged in water.

Along with the products Oxford PV hopes to bring to market by early 2021, Berry sees the possibility of small drones and other lightweight devices equipped with onboard perovskite solar cells coming to market within the next couple of years, with tandem-design panels arriving not long after.

“I tend to think the final product will be an all thin-film device,” he said.