Something to Zinc About: New battery technology 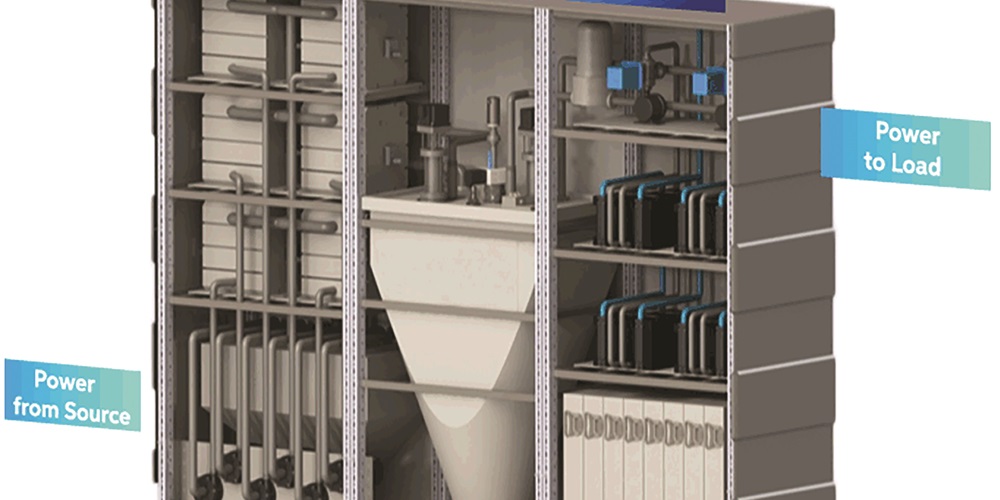 When it comes to battery-based energy storage, lithium-ion (Li-ion) technology owns the market, from laptops up to utility-scale projects meant to offset the need for natural gas peaking plants. Other chemistries simply haven’t had the spark (so to speak) to break through, despite their possible advantages. Now, however, zinc-air, a new option, offers a potential alternative for longer-duration uses. Though still in the pilot stage, zinc-air batteries are safer and are less expensive at larger scales than Li-ion versions, developers say. These factors could give them a leg up as utilities seek new options to address the intermittency challenge renewable resources can pose.

The market for utility-scale energy storage options quadrupled between the end of 2014 and March 2019, according to the U.S. Energy Information Administration, Washington, D.C. As the U.S. emphasis on renewable wind and solar power grows, so too will the energy-storage market, according to analysts with Wood Mackenzie, an international research and consultancy group. Its second-quarter 2020 U.S. Energy Storage Monitor forecasts a sixfold growth in the total market by 2025. While this figure includes residential systems, utility customers will be, by far, the largest contributors to the increase.

Until now, Li-ion batteries have been the primary technology, with the size of installations continuing to grow. Currently, the world’s largest battery project is the 100-megawatt (MW) Tesla-owned Powerpack effort in South Australia. A number of even larger plans in the United States are on the drawing boards for construction by the end of next year. Among the most extreme is Florida Power & Light’s announced Manatee Energy Storage Center, at 409 MW/900 megawatt-hours (MWh). Supplied by the state’s growing solar resources, this center will allow the utility to take two aging gas plants offline.

Zinc-air batteries are already common at a small scale for use in such devices as hearing aids. Unfortunately, those batteries can’t be recharged, which is obviously a problem when it comes to utility-scale energy storage. However, Vancouver, Canada-based Zinc8 Energy Solutions has come up with a fuel-cell system that addresses the root cause of the rechargeability issue and offers utility-scale advantages Li-ion can’t match.

Zinc8 spent almost a decade quietly developing its technology under several corporate owners, and won the New York Power Authority’s highly competitive Innovation Challenge, which sought alternatives to traditional Li-ion storage. Zinc8 is still working with the state for an appropriate site for the proposed 100 kilowatt (kW)/1 MWh design, but plans for installation by the second or third quarter of 2022, according to Zinc8’s chief technology officer Simon Fan. It also has a 100 kW/1.5 MWh unit scheduled for installation about the same time in a cogeneration application under a contract from the New York State Energy Research and Development Authority, Albany, N.Y.

The key to Zinc8’s appeal for utilities is its relatively simple and scalable three-part design. First, electricity from the grid or renewable resources flows into a “zinc regenerator” to create charged zinc particles that flow into a storage tank filled with a potassium-based electrolyte. When energy is needed, those particles are pumped to the battery’s power stack, a kind of fuel cell, where they are recombined with oxygen and water to create an electrical charge.

The reformed particles are then transferred back to the regenerator for reuse. This is a closed system, with no net loss of zinc, oxygen or water, and—unlike Li-ion batteries—none of the components is flammable or explosive.

Fan said the cost advantages of this system become clear for durations longer than eight hours.

“Anything below eight hours, we are at a very competitive price point with lithium-ion batteries,” he said. “Once you go beyond eight hours, we have a sharp drop in capital costs.”

The reason is simple, given Zinc8’s design. With Li-ion batteries, increasing duration means adding more battery packs. With this zinc-air approach, one only needs the ability to store more fuel, in this case, the amount of zinc particles suspended in the potassium electrolyte.

“If the client wants more energy, all he has to do is increase the size of the fuel tank,” Fan said.

Fan added that Zinc8 doesn’t see its technology as competitive against Li-ion in situations where it would be asked to run less than four hours. In addition, he said, Li-ion remains a better choice for voltage regulation and other ancillary-service uses that require a large amount of electricity all at once. However, the company is exploring rail and marine applications where the batteries could be used to reduce diesel fuel consumption.