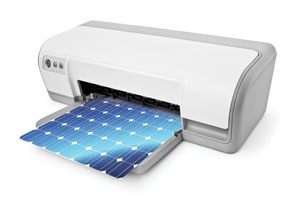 Alternative-energy watchers are to be forgiven for feeling a bit edgy when it comes to promises of market-shifting technologies. After all, that’s just what California--based Solyndra suggested U.S. Energy Department lenders could expect less than a year before the company went belly-up this summer. The company’s curved design for photovoltaic (PV) panels may have boosted morning and late-afternoon electricity production, but the product’s performance couldn’t stand up in a pricing climate fueled by falling silicon prices and cut-rate Chinese competition.

But this failure certainly hasn’t stopped researchers in university labs across the country from working on their own version of the next big thing. For example, any or all of the following three efforts eventually could make a difference in electricity productions methods.

Vertical-axis wind turbines
Wind energy is growing by leaps and bounds. Wind capacity jumped more than 2,000 megawatts in the first half of 2011. But plans for new installations often face local protests as turbine heights climb, raising concerns regarding visual, acoustic and environmental impacts. And, as traditional propeller-styled, horizontal-axis turbines get taller, they require more land to allow each turbine uninterrupted access to wind resources. Researchers at the California Institute of Technology are looking at this issue from a new angle, literally. They see big potential in shorter and more closely spaced vertical-axis turbines.

Working with vertical-axis equipment in the California desert, Caltech researchers have found that closely spaced vertical units can be up to 10 times more efficient, in terms of watts generated per square meter of land. The team, led by associate professor John Dabiri, discovered that optimizing turbine placement can create wind vortices that can boost output of neighboring units spinning in the opposite direction. The research is co-sponsored by Reno, Nev.-based Windspire, which manufactures building-mounted, vertical-axis equipment. Next steps include scaling up the current 24-turbine test installation and looking at improvements to current off-the-shelf vertical equipment.

Solar-driven hydrogen fuel cell
Fuel cells have moved beyond their extended prototype phase into real-world deployments, but researchers still are investigating new ways to improve their efficiency. Duke associate professor Nico Hotz has proposed matching fuel cells with roof-mounted solar collectors (like those used with solar water-heating systems) to produce hydrogen from an affordable mix of water and bio-based methanol.

Hotz’s paper outlining his design, and his performance modeling on the system, won the prize for the top paper presented at the American Society of Mechanical Engineers’ 2011 Energy Sustainability Fuel Cell conference. The device’s rooftop component resembles a standard solar collector, but its copper tubes are coated with a thin layer of aluminum and aluminum oxide and partly filled with catalytic nanoparticles. During daylight hours, the sun heats a water-methanol solution flowing through the tubes to temperatures above 200°C, turning the liquid into a gas. At that point, tiny amounts of a catalyst are added to create an efficient hydrogen-generation process. The hydrogen could be piped directly to a fuel cell or compressed and stored for use overnight.

Inkjet-printed solar cells
Engineers at Oregon State University (OSU) in Corvallis have a patent application pending for their use of inkjet printers to produce a specific kind of solar cell. While this doesn’t mean you are likely to manufacture your own solar panels on your home-office printer, it could mean less expensive solar capability in a broader range of building materials.

Current thin-film photovoltaics—the kind in roofing products, patio umbrellas and even laptop--charging backpacks—are manufactured using expensive vapor-phase deposition. The OSU researchers found a way to use inkjet equipment to manufacture CIGS (a combination of copper, indium, gallium and selenium) cells in a way that cuts material waste by up to 90 percent. CIGS is an especially efficient solar-energy conversion material. A layer of CIGS only 1 or 2 microns thick can generate as much electricity as a 50-micron-thick layer of silicon, which makes it very attractive to building-integrated photovoltaic product manufacturers.

According to findings published in the journal Solar Energy Materials and Solar Cells, cells produced using the new method have reached a conversion efficiency (a measure of how much solar energy is converted into electricity) of 5 percent. The OSU investigators believe further research will get them to the 12 percent performance level needed for commercial viability. In related work, collaborating researchers are looking into other compatible materials that could cost even less. These developments bear monitoring.