Have Reports of Coal’s Return Been Greatly Exaggerated? 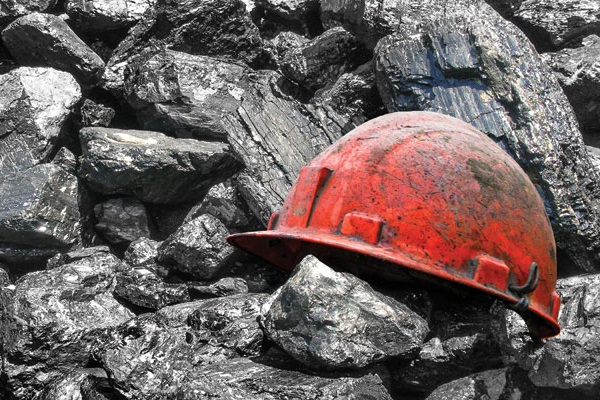 During his presidential campaign, Donald Trump said he would bring coal back to prominence in the United States’ energy mix, a pledge many coal-state residents took with them to the voting booth. Now, some are wondering if recent renewable-energy gains could be rolled back in the administration’s push to boost coal’s fortunes. Some environmentalists and energy-industry observers say that seems unlikely because wind and solar appear to have electricity markets in their favor.

Of course, there’s no contesting that the appointments of former Texas Gov. Rick Perry as Department of Energy (DOE) secretary and Oklahoma attorney general Scott Pruitt as Environmental Protection Agency administrator have concerned renewable-energy advocates. Both men have argued for the abolition of their respective departments, the policies of which have helped foster tremendous growth in solar- and wind-energy installations over the last eight years. Costs for both technologies have fallen precipitously during that time, though, leading the Natural Resources Defense Council (NRDC), among others, to remain bullish on the future of renewably generated electricity.

“We think the economics are moving utilities on their way toward clean energy and energy efficiency, which have expanded significantly in the past decade or so,” said Noah Long, director of NRDC’s Western Energy Project. “We don’t expect those trends to change over the next administration.”

The NRDC documented these trends in its fourth annual energy report, “Accelerating into a Clean Energy Future.” Among the highlights are the facts that coal accounted for only one-third of U.S. electricity generation in 2016, while renewables (including hydroelectric power and geothermal resources) rose to 12 percent of total generation. Additionally, efficiency gains over the last decade have enabled the U.S. gross domestic product to grow by 30 percent since 2000, while total energy consumption has remained flat.

Federal tax credits have provided a major stimulus for wind and solar developers and were extended in late 2015. Solar investment tax credits covering residential, commercial and utility-scale installations will continue at 30 percent through 2019 and phase down through 2022, dropping out entirely for residential projects and remaining at a permanent 10 percent for large-scale plants. The 2.3 cents per kilowatt-hour production tax credit for wind began dropping by 20 percent per year on Jan. 1, and it expires at the end of 2019.

These credits weren’t expected to be renewed, regardless of the 2016 election’s results. Also, while the incentives have been important to driving development of renewables, green-energy optimists also note the significant role states play in furthering wind and solar adoption.

For example, 29 states now have renewable portfolio standards requiring a steadily increasing proportion of electricity generated in those states to be produced by renewable means, said Robbie Orvis, policy director for the Washington, D.C.-based think tank Energy Innovations. Some of the strictest standards don’t include nuclear or hydroelectric power.

Also fast approaching the importance of state-driven initiatives is the influence corporate energy buyers have in boosting the economies of scale required to force renewable pricing down even further. Google, for example, promises that it will directly purchase enough wind- and solar-generated electricity to offset its global demand by the end of 2017. The Business Renewables Initiative—led by Rocky Mountain Institute to help drive such purchases—says its 168 member companies (including Google) are responsible for renewable-energy deals totaling 5,889 megawatts of capacity.

The increasing cost-competitiveness of renewable energy likely won’t be lost on Perry’s DOE, regardless of his previously stated desire to eliminate the department itself. (In fact, he recently said he regrets those previous statements.) His home state, where electricity markets are at their freest, also is home to some of the most aggressive wind and solar development in the United States.

“[Perry is] from Texas, which is where wind has been booming,” Orvis said.

In addition, the Electric Reliability Council of Texas, which manages the state’s transmission system, now has connection requests totaling 26 gigawatts (GW) of wind and 12 GW of solar capacity before it that are expected to come online between now and 2020.

“That’s a market based purely on economics,” Orvis said.

President Trump’s other priorities could drive down the demand for coal, as well, no matter his campaign promises.

“Trump has said he wants to make it easier [for hydraulic fracturing],” Orvis said. The process, commonly known as “fracking,” has driven down the cost of coal’s leading competitor, natural gas, and made the coal industry even less financially viable.

“A lot of utilities already are seeing the future as being more natural gas and renewables and less coal,” Orvis said.