Get Ready to Get Charging 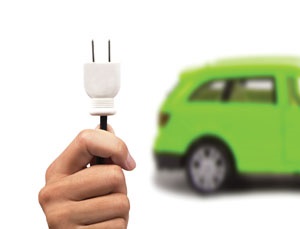 He has followed the EV market since then, and recently, his company paid for two of its electricians to complete Schneider Electric’s EcoXpert training for electric vehicles.

“You could see the way the trends were going,” he said. “We wanted to make sure we were certified when people started looking.”

That’s probably the spot at which intrigued electrical contractors now find themselves with this brand-new product category—doing their homework, getting prepared and waiting for the phone calls everyone promises will be coming soon. And contractors aren’t alone in their preparations because manufacturers are scrambling, too, to get products off the drawing boards and into distribution channels as the new electric vehicles hit the road.

As of the end of June 2011, approximately 4,000 Nissan Leafs and 2,800 Chevrolet Volts had reached owners’ garages, according to John Gartner, senior analyst with Boulder, Colo.-based market research firm Pike Research. Both automakers had some trouble meeting original delivery dates, but both have announced nationwide vehicle availability by end of 2011 or early 2012. By that time, other makers may begin releasing their electric models, as well. To meet the fueling needs for all these vehicles, Pike predicts more than 1.5 million residential and commercial charging stations will be in place by 2017.

The slow ramp-up for vehicles and their charging equipment has made it easier for smaller providers to make their way into this new market that might otherwise be dominated by the manufacturing powerhouses, such as GE, Schneider Electric, Eaton and Siemens, which are now beginning to release broader product lines. In fact, Pike’s May report ranking the top 10 charger manufacturers puts three startups in the top three positions, while GE, Siemens, Eaton and Leviton were ranked fifth through eighth, respectively. However, Gartner doesn’t expect this seemingly upside-down scenario to last much longer.

“The market is dominated by companies without a lot of experience in power delivery,” he said. “I think now you’re seeing a lot of other players coming in, and that could be very disruptive as you go from shipping dozens to shipping hundreds and thousands.”

So, while Coulomb Technologies, Ecotality and Electromotive may have taken the top three spots, none of these newcomers falls into the category of “Leaders” in Pike’s four-tiered rating system, registering, instead, in the second-highest “Contenders” bin.

Gartner said he thinks it is too early to label anyone as a clear leader because of the potential for a large amount of new customers in a short period of time.

As the EV charger market continues to mature, differentiation could become a challenge for both upstarts and longtime distribution-equipment manufacturers. Though their packaging may differ, all chargers perform a pretty simple power-transfer function; as a result, equipment-makers will need to be creative in how they add value to what is quickly becoming an off-the-shelf product.

“Part of it is going to be the integration with other things,” Gartner said. “I think the actual hardware is quickly becoming a commodity. The growth is in connecting with solar or working with utilities to aggregate demand and bundling it with energy storage.”

And, it doesn’t hurt if your product also looks good, according to Chris Bowler, GE’s general manager of North American commercial and industrial marketing. GE launched its utilitarian DuraStation for public charging last year, and Bowler said several hundred units now are in place. But the company’s major marketing push is for the streamlined and stylish WattStation. A wall-mounted version of this product has sold out in the West Coast Lowe’s stores, where it was launched initially.

“I think the GE brand will be a key differentiator,” Bowler said. “Consumers associate GE with being a quality manufacturer. On top of that, the feedback has been that we’ve had the best designed charger for the residential market.”

GE was one of the first major manufacturers to bring residential products to market, but other big names now are entering the fray. Siemens, which has had commercial products available for the last year or more, will be launching its base-level Versicharge home model in early 2012, with a smart grid-enabled version to follow later that year. The company is promoting simplicity, versatility and price with the base unit, which will feature adjustable amperages along with two user-controlled switches: power and time delay.

“We cannot find anyone else who has the feature set we have,” said James Washburn, the renewable energy products product manager, “and, by the way, we’re the least expensive.”

Siemens plans to price this entry-level product at less than $1,000, before installation. The SG (for “smart grid”) offering will run 40 percent to 50 percent higher, Washburn said, and it will feature ports enabling connection to either Wi-Fi or cellular networks to enable the utility or owner to control the device remotely.

An entirely new approach to EV charging is now in testing by Wytheville, Va.-based startup Evatran. Plugless Power eliminates the need for a physical connection between the EV and a charging unit. Instead, drivers simply position their vehicle over a floor-mounted pad. The pad features induction coils that transfer power to a similar pad installed on the vehicle’s undercarriage.

Evatran is adapting inductive technology developed by its former parent company, MTC Transformers, from which it was spun off in 2009. It is working with Tier 1 automotive supplier Yazaki North America to begin testing the equipment this fall with a select number of high-profile partners. Initially, Plugless Power will be sold as an after-market product, but Rebecca Hough, the company’s chief operating officer, said automakers are interested in incorporating Plugless Power as an optional upgrade to factory-produced EVs.

“There’s a ton of interest from automotive OEMs,” she said. “All of them had realized it was a technical possibility, but believing it is a real option has just been in the last six months or so.”

Going to market
As these and other charging-equipment manufacturers start moving from testing and final approvals to actual sales, they are looking at multiple outlets for introducing their products to consumers. Initially, auto dealerships will be the obvious first choice, and for newcomer Plugless Power, especially, a point-of-sale contact at the dealer is a prime marketing goal.

However, as Siemens’ Washburn pointed out, auto dealers want to sell cars, not electrical equipment, so most charging-equipment manufacturers are reaching out to general retail outlets, as well.

“It’s kind of a Wild West,” he said, describing the four channels his company now is pursuing, which include the following:

• Automotive manufacturers (also known as OEMs)—Siemens just signed an agreement with Volvo to design some of the internal electrical infrastructure.

• Traditional distributors and contractors—many of the auto dealers are setting up relationships with area electrical contractors, so these pros will be big influencers in which charger a consumer decides to install.

• Electric utilities—according to Washburn, some utilities are leasing or selling charging systems to consumers to keep track of their locations and possible distribution-circuit impacts.

While electrical contractors are definitely among the audiences EV charger makers are trying to reach, how those companies are making contact with electrical pros varies widely. Several manufacturers are offering partnership programs that can include allowing participating contractors the right to use manufacturers’ logos in advertising. In addition, contractors may be listed on the manufacturer’s website and receive sales leads based on their respective service territory.

In the case of Advanced Electrical Systems, for example, Strange has reached out to Schneider Electric and Eaton, since his company works with both manufacturers frequently in other lines of business. Getting certified as a Schneider installation partner required installer electricians to pay for a five- to eight-hour online class, which included testing to ensure the online lessons had been retained. AES now is listed on Schneider’s site, through a new “path” in the company’s EcoXpert program, which has similar programs for solar installers and companies interested in pursuing energy efficiency and monitoring installation.

Siemens will be offering webinars for its distributors as the Versicharge is launched in early 2012. Additionally, the company will produce a series of web videos for installers, incorporating related National Electrical Code and building code issues. However, a formal training program isn’t planned.

GE, on the other hand, has a two- to three-hour, no-cost, in-person training session for electrical contractors seeking to participate in its program. After completing the program, along with a test and background check, contractors get the right to use the GE Partner logo and have access to sales leads from online queries. Bowler said that electrical contractors can contact their local GE account manager for more information on this effort.

Going forward, electrical contractors can expect to see equipment prices to come down and the number of manufacturers and sales channels to be reduced substantially. Those top three or four upstarts will find a more competitive marketplace, once government installation incentives are phased out and overall volume increases. And today’s four separate sales channels—automotive manufacturers, big-box retailers, distributors and utilities—likely will be narrowed down to retailers and distributors, as automakers and utilities go back to focusing on core businesses.

In other words, while EV chargers may represent an entirely new product category, electrical contractors shouldn’t feel intimidated by them. In technology terms, they are really just glorified 240-volt outlets, and your access to these products will soon be the same as it is for any other electrical offering. So now is the time to do a little research, ask questions and get ready to get charging.