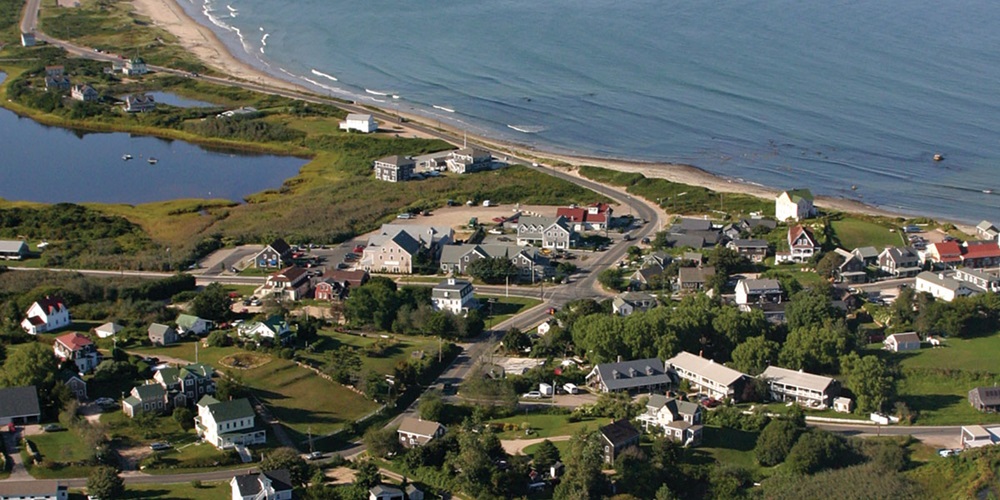 By the time you read this article, offshore wind turbines will have moved from promise to reality in the United States. The five-turbine, 30-megawatt (MW) Block Island Wind Farm is now generating electricity off the Rhode Island coast. While smaller than the largest British and European installations, this project is a foot in the door to a wider adoption of the technology in this country—as a new source of carbon-free electricity and as a job generator for electrical, ­offshore-construction and maintenance professionals.

The New England coast has long been recognized for its potential wind resources, though a combination of challenging geology and politics have stymied development. The 130-turbine Cape Wind project, first approved by a Massachusetts siting board in late 2005, is still in the courts with a doubtful future, largely due to opposition from area residents and second-home owners concerned about views. That the Block Island project actually made it to operation could be the result of its much smaller size and a dedicated outreach and planning effort.

“First, the state of Rhode Island and the University of Rhode Island did a lot of ocean-management planning,” said Val Stori, project director of the Offshore Wind Accelerator Project, a Vermont-based advocacy group for offshore-wind development.

The Rhode Island effort, called the Ocean Special Area Management Plan, brought together stakeholders such as residents, fishermen and environmentalists to consider all interests.

“They put together a management plan that included all uses to identify places where development could occur—that really engaged citizens in ocean management,” Stori said.

In other times, the Block Island project might have ended up as a one-off success for wind advocates, but New England is facing numerous generating-plant closures. ISO New England, the region’s independent system operator, reported that up to 30 percent of the generating capacity present in 2015 could be lost by 2020. While new natural gas plants will pick up some of the slack, states in the area hope new renewable resources will pick up an even larger portion of the demand.

In August, Massachusetts Gov. Charlie Baker signed legislation requiring the state’s utilities to line up contracts for offshore-wind-generated electricity totaling 1,600 MW by 2027. This means Block Island will soon be part of a broader movement.

Massachusetts isn’t alone in its offshore ambitions. The next likeliest development to move forward is a third Deepwater Wind project off the coast of Montauk, N.Y. Also, U.S. Wind is planning a 247-MW installation off the coast of Ocean City, Md.

These projects all come with the promise of jobs and development for the port areas that would serve them, both during construction and, in the long term, for ongoing maintenance work. Deepwater Wind has stated 300 local workers have been employed during the construction of the five-turbine Block Island project. The National Renewable Energy Laboratory released a report last year, “Offshore Wind Jobs and Economic Development Impacts in the United States: Four Regional Scenarios,” which estimated that, in the Mid-Atlantic region alone, this industry could support from 8,200 to more than 40,000 jobs by 2030.

New England could be seeing some of that development soon and the beleaguered port town of New Bedford, Mass., could be among the first to benefit. The city and state invested heavily to upgrade its Marine Commerce Terminal, primarily to service the stalled Cape Wind project. It has sat largely unused for the last several years. In September, developers Deepwater Wind, Dong Energy and Offshore MW signed an agreement to use the 26-acre facility as a staging ground. Each has secured leasing rights to federal waters in Southeast New England.

Even with the Massachusetts targets, technology and policy challenges are daunting. For one thing, each of the planned projects has proposed a different type of foundation structure for its turbine towers, making standardization savings more difficult to achieve. In addition, a piece of marine legislation from 1920 called the Jones Act makes it difficult for foreign-flagged ships to transport merchandise between two U.S. locations. At this point, the only ships capable of handling some of the enormous components are European, and building new vessels here would be extremely expensive.

“I think it really depends on cost. What can we do with policy and other strategies to get costs down?” Stori said. “And that really gets down to scale. How are we going to put in 100 turbines so we have an industry that sustains and is U.S.-based?”