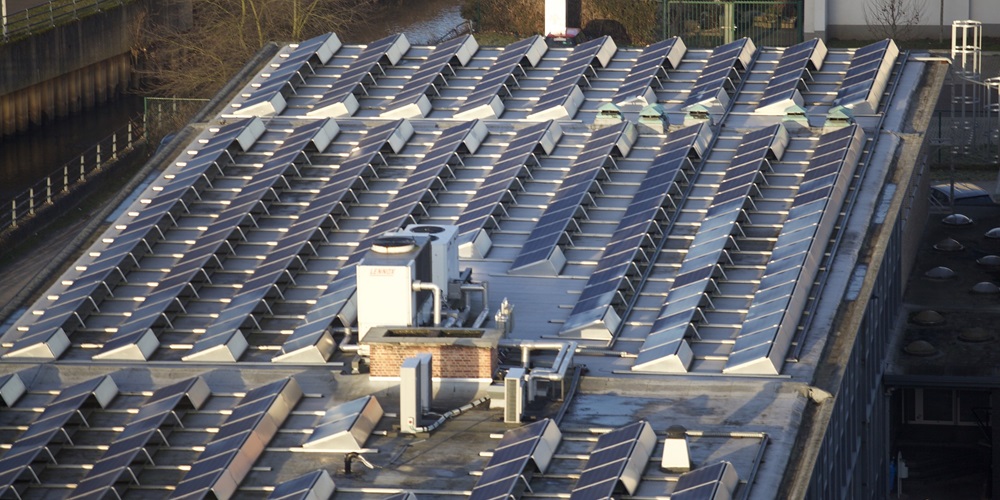 For Maryland to reach its Renewable Energy Portfolio Standard (RPS) by 2030—which requires 50% of electricity sold by utilities to come from renewable sources, with 14.5% from solar in particular—the state will need to produce six times its current solar energy output, according to a press release from the Chesapeake Conservancy’s Conservation Innovation Center (CIC), Annapolis, Md. This is achievable by rapidly expanding solar energy production in the state.

Maryland is one of 30 states with a mandate to increase electricity production from renewable energy sources. The Governor’s Task Force on Renewable Energy Development and Siting estimates that between 7,000 and 35,000 acres of land across Maryland will be needed to meet the state’s RPS.

A study from CIC identified nearly 33,806 acres of potential optimal sites for solar development in the city of Baltimore and Baltimore County, avoiding the use of prime farmland. These sites are displayed down to the parcel-level in a web app developed by CIC, which analyzed land parcels larger than 5 acres that could support at least 1 megawatt (MW) of solar energy capacity.

To use less land to meet its RPS, the state needs to be smart about where it develops renewable energy. This is why optimal sites are so important. These are found throughout the built environment, including rooftops, parking lots and contaminated or degraded lands (such as Superfund sites, brownfields or industrial sites).

“Our analysis demonstrates significant opportunities to scale up solar energy development through optimal siting in Baltimore County and City, making use of rooftops, parking canopies and degraded lands to grow Maryland’s solar electricity generation,” said Susan Minnemeyer, CIC vice president of technology. “Our big opportunity is the built environment because we have a lot of that. D.C. up through Baltimore and beyond, that corridor is densely populated. Underutilized land, former industrial sites and businesses like Target, Ikea or Amazon fulfillment warehouses offer potential.”

This pilot study focused on the city of Baltimore and Baltimore County, but there are plans to expand in the future. CIC has a contract to explore optimal sites for solar in St. Mary’s and Montgomery counties. Several counties in Virginia have also shown interest.

“Our analysis of solar energy development opportunities sought to identify enough sites to produce Baltimore County and City’s share of the state’s RPS solar goal,” Minnemeyer said. “Based on energy consumption, this would be 1,967 GWh [gigawatt-hours]/year of electricity, about 18% of the statewide goal of 9,000 GWh/year in electricity from solar.”

“We found far more optimal sites than needed—enough to generate 22,789 GWh/year of electricity,” she continued. “In fact, just 8.6% of the optimal sites would need to prove viable to meet Baltimore County and City’s share of solar energy needs on optimal sites alone.”

Solar development can result in the loss of ecologically important areas, according to the study, which was commissioned by the Valleys Planning Council, a non-profit organization based in Towson, Md., that works on land use planning and preservation techniques in northwestern Baltimore County. Farmers have also raised concerns about solar projects taking up important agricultural land. Researchers have noted additional “stresses on food production likely to come with climate change,” the study stated.

“What we were afraid of is that we’ve gone to all this trouble to protect this land, we didn’t want it to be the first choice for land development/industrial use. But when community solar first came out, that’s pretty much what we saw happen,” said Teresa Moore, executive director for the Valleys Planning Council. “The state didn’t have any siting guidance. Most projects went to prime farmland because it’s flattest and easy to develop.”

“When solar projects are built on farms, they take up vegetative space that produces food and provides jobs,” Moore said. “Land is finite and prime soils are even more finite. It’s not something you want to waste if you don’t have to.”

To avoid these adverse ecological and land use impacts, the study recommends developing solar energy on optimal sites.

“Being able to have solar in the built environment avoids those land use tradeoffs entirely,” Minnemeyer said.

“There’s 30 different states that have an RPS, so this land use issue is being struggled with across the country,” she said. “A lot of creative approaches are being developed at the county level. Some have caps on the total amount of farmland that can be used for solar.”

Policies and incentives can help guide solar energy development toward more preferred sites. “We’re encouraged by what New Jersey and Massachusetts are doing,” Moore said. “Without anything like that, it’s just profit-driven. We need something that would help guide solar in these areas.”

Massachusetts uses tariffs to discourage development on open land. New Jersey’s Board of Public Utilities, Trenton, N.J., uses a ranking system to determine benefits passed onto ratepayers, ensure projects are being directed to low- to moderate-income residents and other considerations.

“[New Jersey’s] highest point values go towards projects that benefit low- and moderate-income [communities],” Moore explained. “They don’t give any points if you’re on farmland.”

Minnemeyer agreed that equity is key. “One of the best benefits of solar is the energy savings,” she said. “There’s a lot of concern about the ability of low- and moderate-income people to access those savings.”

The Valleys Planning Council acknowledges it may be more expensive to build solar projects in the built environment, “but we think it will have more benefits,” Moore said. “It’d be lovely to use more degraded land that’s currently contributing nothing. It’s challenging to work on these lands, but it’s possible.”