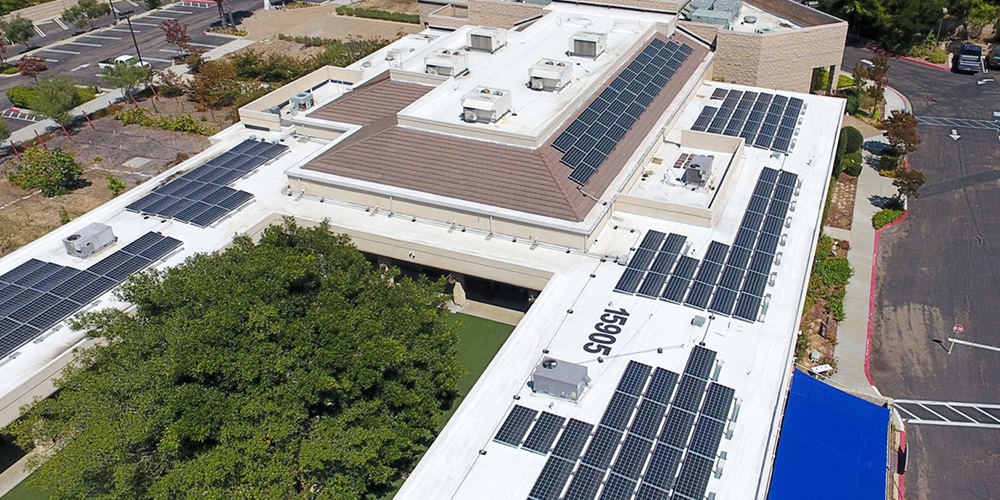 The rooftop solar power system is projected to save over 70 percent of the synagogue’s demand charges and energy costs, according to an August press release. Projected electricity cost savings for the synagogue in the first year are $10,000.

Temple Adat Shalom’s solar system will save the equivalent of annual greenhouse gas emissions from 213,564 miles driven by a passenger vehicle. It also offsets carbon dioxide emissions from 10,027 gallons of gasoline consumed or 95,088 pounds of coal burned per year, according to the EPA’s Greenhouse Gas Equivalencies Calculator.

“Going solar was a two-fold decision,” said Harold Dunn, a congregant in charge of spearheading the solar project. “As a nonprofit, a significant reduction of our electric costs while contributing to the conservation of the environment were critical.”

PPA is a financing strategy that allows high-cost solar projects to be built without astronomical out-of-pocket expenses, according to the Solar Energy Industries Association. The developer (in this case, Baker Electric) typically handles the design, financing, installation and permitting of the solar project; sells the power generated to the host customer at a fixed rate lower than the local utility’s retail rate; and the lower electricity price offsets the customer’s purchase of electricity from the grid, while the developer receives an income from the sales and tax credits generated from the project.

PPAs often range from 10 to 25 years. In Temple Adat Sholom’s case, it’s a 25-year system. At the end of the PPA, the customer can choose to extend it, have the developer remove the system, or buy the system. Temple Adat Sholom plans to buy out the PPA after the solar system’s fifth year in operation.

Scott Williams, Baker’s Director of Commercial Solar, agreed, saying, “The Temple’s solar system will provide more than $1 million in energy cost savings over the 25-year warranted life of the solar modules. We’re gratified these funds will help support their commitment to congregants for many years.”