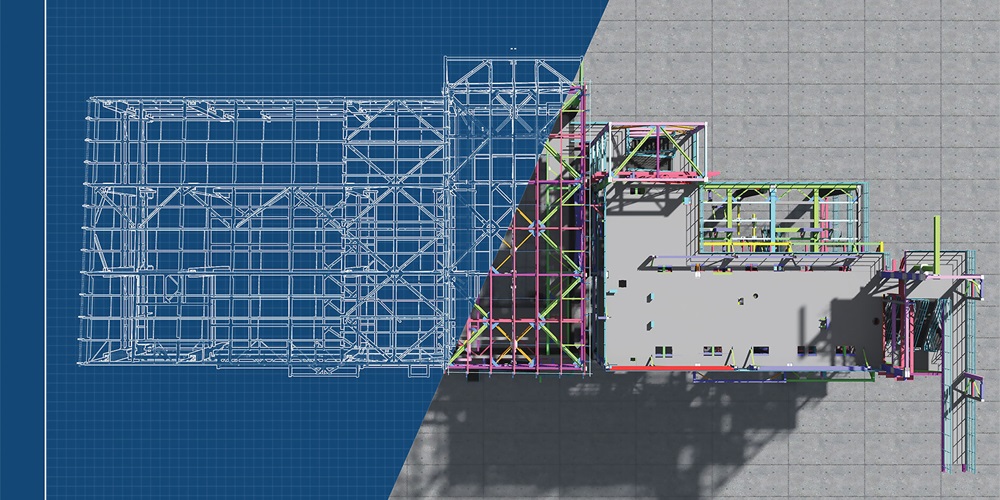 Bringing intelligence to the work site so project managers and workers can strategize and address problems even if they aren’t present is a sound strategy.

Bringing intelligence to the work site so project managers and workers can strategize and address problems even if they aren’t present is a sound strategy. Beyond the use of smart devices, cloud-based data access and drones, what might this look like for electrical contractors? It’s an ever-changing story because technology evolves quickly, and certain types of analytics may provide more benefits than others. Intelligence and analytics are worth your attention.

Most analytics and internet of things (IoT) systems—to provide data for those analytics—are still in the early stages at work sites. The advanced technologies span everything from digital twins (building a remote version of a project) and augmented reality to robotics and embedded sensors measuring and transmitting condition information. These technologies all produce (and consume) vast amounts of data.

Consider a system that knows how many workers are in a certain area on a work site, their skills and if they might be at risk of injury. Technology can help track what electricians are exposed to, where they go, where their equipment and supplies are and whether the work underway in real-time indicates the project is proceeding on schedule.

Some research helps tells the story of how technology is being—and will be—adopted. For instance, in 2021, Dodge Construction Network partnered with Autodesk on a global study of BIM and digital transformation use. Included in that report was the current and expected use of several types of technology for advanced analytics and IoT on the construction work site.

At that time, fewer than 10% of respondents in North America reported using technology that provides analytics, with just 4% using artificial intelligence (A.I.) or machine learning, 5% IoT, and 7% sensor or machine-to-machine (M2M) technology; 9% have invested in wearable systems.

However, these results are significantly higher in other countries, said Donna Laquidara-Carr, industry insights research director at Dodge Construction Network. Growth overseas may be a harbinger of the direction of the U.S. construction industry. For instance, in Australia, A.I. and machine learning is already used by 22% of builders, IoT a full 20% and sensor and M2M technology used by 16%, while one in five contractors were using wearables (20%). Even further, wearables in France have reached a 30% adoption rate.

From these findings, you can draw a few conclusions, Laquidara-Carr said. First, using these technologies is still uncommon on projects, especially among smaller companies. All of these still-emerging technologies are used most frequently by large companies.

Secondly, the fact that the U.S. market lags in adoption indicates it may be a good time to learn from the use of these tools in other markets, to help make adoption here more productive.

“Certainly, analytic tools will be valuable to help electrical contractors in the future,” she said.

These tools have been demonstrated to help contractors increase productivity, reduce a wide range of risks they face and improve safety, she said.

However, the strongest benefits from analytical tools will most likely emerge when a majority of contractors adopt them. Most analytical tools require a large pool of data to work effectively, which the companies producing these technologies realize. In addition to the immediate value, such as improved safety that sensors and other IoT devices provide, the data itself can also be valuable to the industry, Laquidara-Carr said.

With digital tools, electrical contractors can make use of the large pools of data that they generate. For instance, capturing data about when each worker reports to and leaves a work site enables managers to identify trends and adjust their scheduling accordingly.

Laquidara-Carr said a recent study with Versatile’s CraneView crane technology revealed patterns about overtime that were not visible to individual contractors, but could be seen from the data gathered from CraneView devices on multiple projects. This pattern could also apply to electrical contractors on devices they are more likely to use, such as wearables. For instance, wearables can help managers view what operations are underway, by whom, how long the work takes to finish and any safety risks.

“We do see, globally, that trade contractors in general are using most of this tech at similar rates to general contractors,” with the exception of A.I. or machine learning, where pickup is surprisingly higher among the trades than the GCS currently, Laquidara-Carr said.

Many of these tools have been developed and launched in the last five years. She expects that the solutions that thrive will be those that take their data to the next level and allow users to benefit from the accumulated pool of data they acquire.

“We can expect to see safety and productivity improvements on sites if the data being captured can be utilized in this way,” she said.

The best approach to understand and eventually adopt these tools may be multifaceted.

“One good partner for these companies is their insurance carriers,” Laquidara-Carr said, adding that, “many insurance carriers are actively investigating the technologies that provide the biggest reductions of risk and increases in safety,” as reported in a 2018 study published in partnership with Triax.

Insurers have the resources and ability to see a larger swath of the industry than individual companies, and they also can provide insights into what technologies are delivering greater impacts for other companies.

More than ever, it’s all about the data

In the meantime, new and established technology companies are providing more solutions. Egnyte, Mountain View, Calif., sells intelligence systems within a wide range of industries, with a special focus on construction. It has created a dedicated architecture, engineering and construction (AEC) practice to further enhance its offering for the construction segment, said Ronen Vengosh, Egnyte’s vice president of AEC and life sciences.

One indication of the expected growth in technology is the demand for data. Companies are already preparing for the onslaught of data that will be needed for advanced analytics among other services. Egnyte recently conducted its own report that found the average construction company has increased its software file storage by 31% from 2017–2021.

That transition was accelerated by the pandemic as the construction industry saw value in migrating to the cloud. Using the cloud enables and improves collaboration and communication in hybrid work environments, so contractors can analyze and process large volumes of data securely, Vengosh said. There has also been a dramatic rise in the industry adoption of advanced, data-intensive technology, such as drone video and laser scanning.

“We are seeing growing IoT adoption as well, but that trend is still in its early phases with a lot more growth to come,” he said.

Many technology decisions are executive-level strategy calls that ultimately determine a company’s long-term success or failure. This is not something only the IT-savvy should care about.

With electrical contractors, digital tools have become an important part of day-to-day operations, Vengosh said. The rise in specialized software has also resulted in the constant movement of project-related drawings and specifications from one application to another.

This transition, known as data sprawl, can be difficult to effectively manage.

“Data sprawl continues to be a growing challenge,” Vengosh said, adding that the number of individual files stored by contractors increased by 23.4% from 2017–2021.

By using Egnyte to collect and harmonize data among these sources, electrical contractors gain better visibility into their content while boosting productivity and collaboration, according to Vengosh. A cloud-based technology platform can also help firms meet various compliance standards—which is something that’s especially important for electrical contractors that work, or plan to work, with the U.S. federal government in meeting Cybersecurity Maturity Model Certification standards.

Egnyte’s solution is designed to improve project collaboration in addition to large and specialized CAD formats that can be used in the office, home or job site, all with built-in controls.

Many technology decisions are executive-level strategy calls that ultimately determine a company’s long-term success or failure. This is not something only the IT-savvy should care about.

Examples of just how much IoT technology can affect a work site are underway around the world. Litum is a real-time locating (RTL) system and radio-frequency identification technology company headquartered in Izmir, Turkey. It provides ultra-wideband-frequency sensors identify people and tools around a work site.

The technology can be used for collision avoidance at busy work sites by tracking the movement of backhoes, bulldozers, cranes and personnel, said Alp Ulku, Litum’s co-founder. It can provide geofencing for sensitive areas to create alerts when someone enters an unauthorized area. The system can also detect certain gases and monitor temperature for worker safety.

Additionally, fault-detection systems can send alerts when a worker trips and falls or drops from a height. Motion sensors trigger alerts when workers haven’t moved for a prolonged period of time.

“The use of RTL software allows managers to assign equipment to specific drivers,” he said, adding that it also enables managers to reserve equipment from another job site or schedule a series of tasks for workers.

All of this relies on sensors tracking what is happening on the work site and the cloud-based software that can provide real-time alerts and long-term analytics for project managers and supervisors who may not be on-site.

In the end, technology trends will drive much higher productivity.

“The firms that best utilize technology will gain overwhelming competitive and cost advantage and grow the fastest,” Vengosh said.

He expects many of these companies to be in the construction industry.

“Until recently, the AEC industry was considered a laggard in technology adoption. While some firms are still languishing in their digital transformation efforts, others are forging ahead at a rapid clip,” he said.